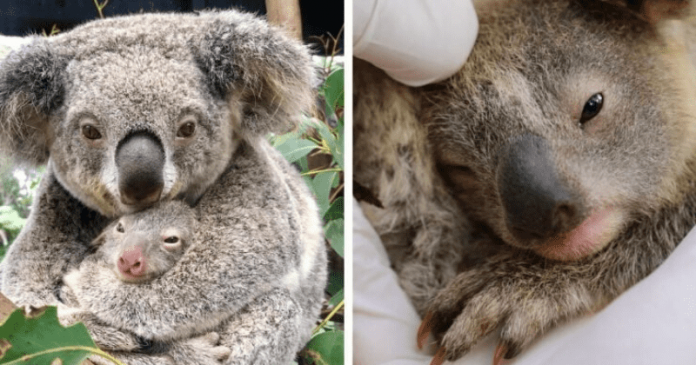 The first Koala born at the park since the tragic Australian bushfires is Ash. It is also a sign of hope for the future of Australia’s native wildlife.

The world was devastated by the ravaging Australian bushfires at the beginning of 2020, before the Coronavirus pandemic. The bushfires devastated thousands of homes and killed a large number of native animals. Among all of them, Koalas suffered a huge number of deaths. Reports revealed that up to 85 percent of koalas on the New South Wales mid-north coast may have been killed. Firefighters and rescue workers rescued as many as they could.

CNN reports a baby koala has been born at an Australian wildlife park for the first time since the devastating bushfires. Australian Reptile Park announced the news via Facebook. “We have a very special announcement… Our very first koala of the season has popped out of Mum’s pouch to say hello! Keepers have decided to name her Ash! Ash is the first Koala born at the park since the tragic Australian bushfires and is a sign of hope for the future of Australia’s native wildlife.”

They are going to open the park on Monday as in another Facebook video. The zookeepers have posted a steady stream of videos in turn throughout the quarantine. It has taken the attention of millions of viewers who were curious to know about the animals. It tells that not all is lost with Ash being born during such a time of despair and hopelessness.

The population of Kolas was devastated after the bushfires, but we can hope that the koala population will be saved with Ash in the picture. The global conservation group International Fund for Animal Welfare (IFAW) reported that 5,000 koalas were estimated dead. Josey Sharrad, IFAW Wildlife Campaigner said, “Koalas are particularly vulnerable to bushfires as they are slow-moving and live in eucalyptus trees that burn quickly and intensely. When fires sweep through their homes, they often don’t have time to escape, particularly in intense crown fires that rage through the treetops where they live.”

Dan Rumsey, Australian Reptile Park Zookeeper said, “Ash represents the start of what we’re hoping to be another successful breeding season. It was such an incredible moment when we saw Ash poke her head out of her mum’s pouch for the first time!” according to the experts, it will be a long journey to help get back the koala population on its feet. It will also need the support of government and private establishments.

There was also another good news for koalas at the end of April when several marsupials who were injured were released into the wild. The fluffy marsupials were treated for their injuries in the world’s only all-koala hospital, located in the New South Wales town of Port Macquarie. The patient in the hospital, a female Koala named Anwen, was the popular one as she was one of the first koalas to return to the wild whose photos went viral.