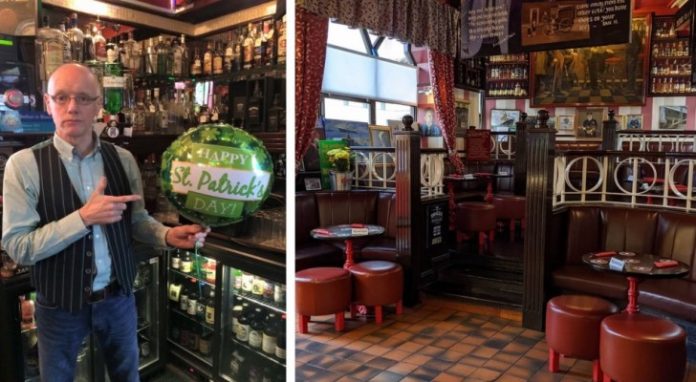 Owners of establishments frequented by many and varied people have probably experienced all kinds of situations. They’ve faced all sorts of customers, from the nicest to the nastiest, but in their role it’s crucial to always stay calm and try as best they can to satisfy consumers. Of course, guest requests often seem absurd and difficult to meet.

That is why in some cases it can happen that the pub owner overreacts. Just as happened in an Irish pub, where the owner refused to serve a customer a glass of Coca-Cola . Let us better understand the reason for this refusal.

John Bittles is the owner of Bittles Bar, a famous pub in Belfast, Ireland, known primarily for the beer it serves. One day, a tourist, tired from having visited the whole city, had entered the bar to rest, to shelter from the cold and, in the meantime, to drink a glass of Coca-Cola. Too bad the owner of Bittles was not of the same opinion since he refused to serve the customer what he had asked for , answering that we only drink beer at his place.

“This guy came in and ordered a Coke, we can’t afford to sell anything that isn’t beer. We serve around 700 pints of Guinness a day and we only have a few tables so someone sitting with another type of drink, in my opinion, is not ideal”, justified the owner.

The pub owner is no stranger to this kind of behavior, so much so that he had already decided to ban the sale of beer halves. “We’re a small downtown establishment, pouring ourselves Guinness is an art. Every day we sell hundreds of pints, there’s not even room for half beers. I know people have good intentions, but we only have ten tables here and I would like to reserve them for those who really appreciate our products”.

John’s attitude is uncompromising, maybe it’s just a way of defending his love for his work. But was the owner’s reaction exaggerated? How would you have reacted if you had been the customer?