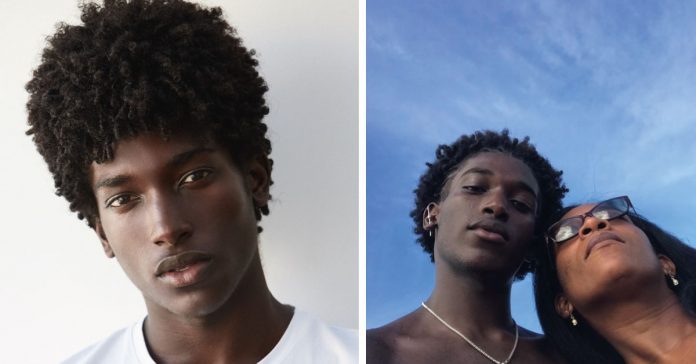 The dream of many people can be successful in some area of ​​life, some aim for fame, others to travel the world, while others want a quiet life next to their loved ones with a stable job. Each individual has their reasons for aspiring to be or become someone without explanation.

However, sometimes fate has interesting surprises in store for people who never imagined that the words dream or success were within their grasp. Such is the case of Gabriel Pitta, a 21-year-old who literally overnight became a recognized model in the world of fashion.

Gabriel is Brazilian and for a long time he was working to support his mother and his family, he never imagined that an opportunity like this would change his life and that at his age he was modeling in some of the most important in Europe.

The young man from Salvador de Bahia grew up in a precarious economic situation, perhaps that is why from a very young age he knew that he had to work more than others to get ahead and make twice as much effort. When he was a teenager he started helping his mom with a pop-up business, selling snacks. He participated in its preparation, its packaging and the distribution to the clients.

“Since I was little, I helped my mother with this job, we did everything at home and it was a way to increase the family income. In addition to making the products, I also packed and made the deliveries,” she stated for Extra.

In 2016, without thinking too much, he applied for a local contest looking for the most beautiful man in town, in the end and to his surprise, he won.

Over time, the Brazilian began to take part in activities related to modeling, until he managed to internationalize and flew to Europe.

For his bearing, features, physique and his incredible presence, Gabriel has achieved one of the greatest prizes for someone in the world of fashion and modeling, he will be the face of the luxurious brand, Hugo Boss.

In addition to Boss, Pitta has been on the cover of various magazines such as Vogue, GQ and Marie Claire.