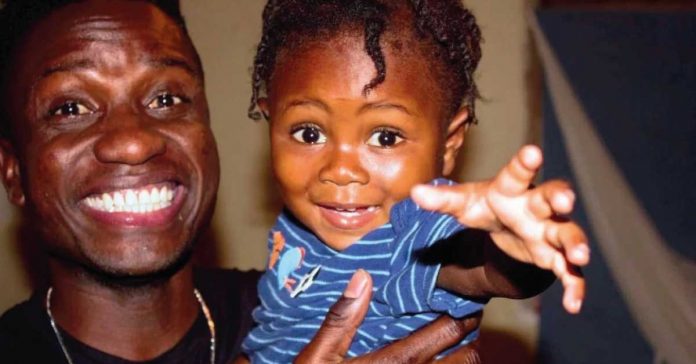 Although today we see many people wanting to start a family and, above all, have the joy of becoming parents at some point in their lives, carrying it out is not something that is so simple, although it may seem so at first glance, to be able to conceive a child is a complicated job for different reasons, whether biological, lack of time, partner, among many other factors.

In these cases, we see those who prefer to adopt, even though it is a long bureaucratic road, there are still people who have faith in the justice system of different countries and above all they remain firm when connecting with a little one who without a doubt He deserves and needs help. Being able to adopt a child is undoubtedly the most wonderful change for the lives of both parties that they can experience.

«Most of these children live their lives dreaming that someone will turn to look at them, that they will be able to see in them that magic they possess and that they will be given a second chance. No child in the world deserves to go to bed feeling unappreciated by their parents and a system that doesn’t fully protect them.”

Jimmy Amisial, a 27-year-old student, came across the baby that would change his life completely, when he found it thrown in a garbage can in Haiti.

This student at the University of Texas, United States , has told how his long and hard road has been to obtain the adoption of who he considers to be his son through endless bureaucratic procedures.

«I attended an event in my home country in mid-2017. That was when I saw Emilio for the first time, lying in the middle of the garbage and covered with hundreds of ants that were crawling on his little body. Seeing that certainly shocked me, I could not understand how someone could do this to a defenseless being.

The young man explained that the people in the area had not picked him up because they thought the little boy was “cursed” . However, Jimmy didn’t mind this, so he decided to take it out of the garbage immediately and take it to his mother’s house to help him. From that moment, he began a long process to be able to keep custody of the child and legally adopt him.

After having the child at home, they decided to call the police so that they could start an investigation and find the child’s biological parents, unfortunately they were unsuccessful, so a judge asked the young man to become his legal guardian.

“I knew that this would not be easy, much less for a student with few resources like me, but I was also aware that Emilio had no one else, no one out there was going to fight for him, he could not leave him behind.”

However, in order to obtain legal custody of Emilio , not only was the signature on hundreds of papers required, in addition to that he needed the sum of $30,000 dollars to take care of the child and respond for all future expenses. Without thinking twice he started a campaign to raise the requested money and to his great surprise he managed to reach the sum of $135 thousand dollars in a matter of weeks.

“I always wanted to be a part of something great. For me, that was the moment and I took a leap of faith by accepting the responsibility that comes with having a child in your care and pretending to be by his side for the rest of his life. If you want to be great in life you must take risks, accept and face the challenges and opportunities that life puts in your way, and without a doubt this was the best decision I have made in my entire life.

With everyone’s help, Emilio has the opportunity to live a decent life, the life that every child undoubtedly deserves, without worries or basic needs, which is why Jimmy decided to take a short vacation to dedicate himself fully to the little one.

«With the money raised I was able to obtain custody of Emilio and give him the life he deserves, there is no day that I show him my love and above all the great value and potential he has. Thanks to everyone’s help, I can have Emilio’s future supported, I can pay for his college and university when the time comes ».

Don’t forget to share this publication and leave us your comment about the big footprint that this young university student is leaving marked not only on little Emilio but on the rest of the children who are in the same situation and hope to be rescued by a person with a good heart. .