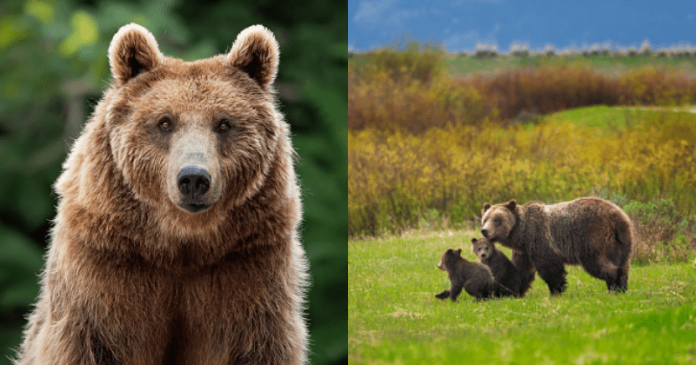 According to the court, the grizzlies are regarded as an “iconic symbol of the Rocky Mountains.” So they will be protected no matter what happens.

According to Green Matters, a federal court has overruled Donald Trump’s decision to allow grizzly bears to be killed by trophy hunters. So, Grizzly bears in Wyoming and Idaho won’t be a subject to trophy hunt anymore.  The Trump administration quickly removed the majestic creatures from the list of endangered species, a few months after the President took office. The US Fish and Wildlife Service proposed the move during the Obama administration.

A federal appeals court in San Francisco ruled this week that the bears living in the Greater Yellowstone Ecosystem will remain federally protected under the Endangered Species Acthttps://t.co/znCTrQcOKa

Luckily, the decision was overruled by a federal court and ruled that Trump’s actions were illegal and the species are now protected once again under the Endangered Species Act. This has been a battle up to now. Trump’s Fish and Wildlife Service removed grizzlies who lived in and near Yellowstone National Park from the federal endangered and threatened species list, even though the grizzly bears in the Yellowstone area have been protected for more than 40 years, in 2017.

According to the agency, they believe that conservation efforts had successfully replenished the grizzly population. But, it allowed trophy hunters to kill grizzly bears on the outskirts of the national park in Wyoming and Idaho by removing the protection. Conservationist groups and the Northern Cheyenne tribe didn’t agree with the decision and hey pleaded that the animals were at risk in order to protest this. But the Trump’s Fish and Wildlife Service was not ready to back down and appealed the district court’s order.

Finally, the Ninth Circuit Court of Appeals ended the debate by overriding Trump’s decision and upholding the 2018 court decision. The Court ruled in favor of the grizzlies where they will continue to be protected by the ESA on July 8. It was rendering it illegal to hunt them in and around Yellowstone National Park.

The 9th Circuit just upheld a 2018 federal ruling that the Trump administration violated the Endangered Species Act in stripping protections from Yellowstone’s grizzly bears. The grizzlies will be spared from planned trophy hunts in Wyoming and Idaho. https://t.co/CLRmee4cER

Courthouse News reported that the court also declared that the Fish and Wildlife Service haven’t used any accurate scientific methods to make this decision and that there were not enough enforceable systems to protect the genetic health of grizzlies. They also stated that the grizzlies are regarded as an “iconic symbol of the Rocky Mountain west,” so they will be protected anyhow.

There was a panel of three judges to deliver the decision, Judge Mary Schroeder, Judge Paul Watford, and Judge Andrew Hurwitz. Judge Schroeder wrote, “Because the 2017 rule’s conclusion that genetic health no longer poses a threat to the Yellowstone grizzly is without scientific basis, this conclusion is arbitrary and capricious.”

Judge Andrea Zaccardi, a senior attorney at the Center for Biological Diversity released a statement, “This is a tremendous victory for all who cherish Yellowstone’s grizzly bears and for those who’ve worked to ensure they’re protected under the Endangered Species Act. Grizzlies still have a long way to go before recovery. Hunting these beautiful animals around America’s most treasured national park should never again be an option.”