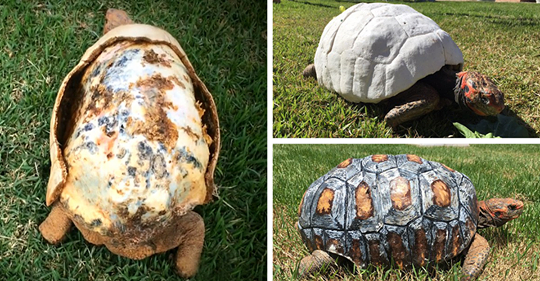 Scientists have started 3-D printing to make tortoise shells and bird beaks when they are injured.

A tortoise named Freddy recently received the world’s first 3D printed tortoise shell as a replacement after losing most of its shell in a wildfire in Brazil.

When the tortoise was found, it was barely alive with 85% of its protective shell burned away. It was found by a group of veterinarians in Sao Paulo, Brazil, who call themselves the “Animal Avengers.”

The Avengers, Dr. Cicero Moraes — “the Hulk”, named after the hit Marvel comic series designed a  3D printed shell that’s almost indestructible, much like the Hulk himself.

The 3D printing process builds a three-dimensional object from a computer design by adding material, such as corn plastic, layer by layer.

“Iron Man” surgeon Dr. Roberto amalgamated a prosthetic to cover what Freddy Cougar lost in the fire while there was little of the surviving shell to work with. He even did a custom paint job, so Freddy can have its natural self.

The 3D printing is being used creatively in the rehabilitation of injured animals, such as a new beak for a toucan, to spring-like paws for dogs.

The Animal Avengers, have helped Freddy and also they have used this technology to build new beaks for parrots, macaws and geese. But this is the world’s first 3D shell.

Dr. Fecchio told The Mirror, “We first came together as friends because of our common love of science and animals.”

“We soon realized we could do some extraordinary work using cutting-edge technology to push back the boundaries of life-saving care for mutilated animals by giving them customized prostheses.”