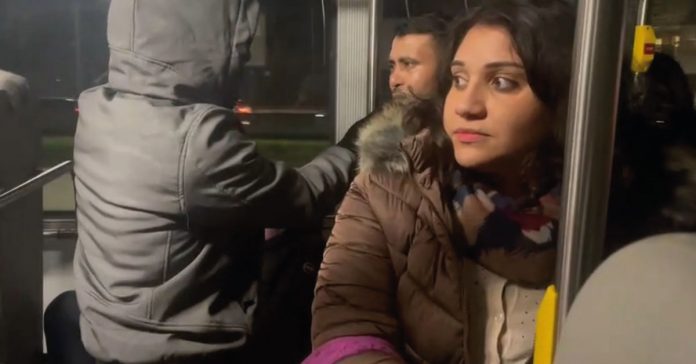 He ensures that he spends less on transportation than renting a room closer to work.

Giuseppina Giuliano is a 29-year -old Italian woman who works as a janitor at an art school. Since she accepted that job, she knew that it would not be entirely easy since she was 800 kilometers from her house. Even so, she seemed like a good option and she travels the country every day to attend her work.

For her, the more than 12 hours she spends on public transport are not a problem. That was her choice: to travel from Naples , the city where she lives, to Milan , where she works.

According to Il Giorno , Giuseppina works as a cleaner at the Boccioni Art High School in Piazza Arduino. There she works a six and a half hour shift, and starts working at 10:30 in the morning to leave at 5 in the afternoon.

From Monday to Saturday, the woman gets up at 4 in the morning to go to the Naples Central train station. At 5:09 a.m. she takes the Frecciarossa , a high-speed service that can reach up to 400 kilometers per hour. After four hours on the road, Giuseppina arrives at half past nine in Milan, where she must travel another hour by public transport to finally reach her destination and start working.

Once her shift is over, the woman goes to a supermarket to buy some dinner and heads back to catch the train at 18:20. During that journey, Giuseppina has dinner and rests until she arrives back in her city, around 11 at night. If there are no delays, at 11:30 she is already home and she goes to sleep to start the routine again the next day.

But despite everything, Giuseppina does not want to move.

He currently lives in a picturesque house at the foot of Vesuvius , with his parents, his grandmother and their dogs. She is very happy with her family and she would not like to leave it; but there is another reason that she has more weight and that is money.

Giuseppina earns 1,165 euros a month and according to her, in Milan, rents are too expensive. She told Il Giorno that a single room, in a house shared with more people, is around 650 euros per month. This represents spending more than half of her salary on housing, not counting food and other services.

Another compelling reason for Giuseppina is that she could not receive visits from her family because she would not have space for all her members. In addition, these types of homes are located on the periphery of the city, so her work and other amenities would still be a bit far away.

But the woman also looked for other options such as youth hostels or spaces in retirement homes. Unfortunately, the shelter rejected her because the periods of stay had to be short. While in the retirement homes the same thing happened, because there they only accept students under 25 years of age.

So after thinking it over, he decided to just cross the country every day to go to work and then home; because he could spend less and save. According to her, she only spends 400 euros a month on transportation. And since she still lives with her parents, the rest is saved. In addition, she obtains benefits when traveling as well as the airlines, the train company gives her discounts thanks to his frequent flyer points.

However, Giuseppina does not lose hope of finding decent accommodation at a good price. She is determined to continue like this because she does not want to leave the job either because it is well paid. Giuseppina assures that she is very happy traveling more than 1,600 kilometers round trip and spending almost 12 hours by train.