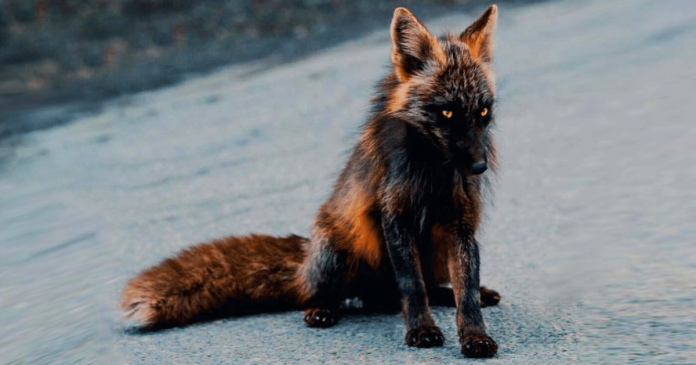 This animal is among one of the 27 species of fox around the world, but only 12 are considered “true foxes” , being those with a more characteristic red fur.

This type of fox belongs to the few animals that are monogamous by choice , that is, they only have one partner. This is why it is difficult to capture them in a wild environment, as they do not usually wander alone.

During the quarantine that has been imposed throughout the world, certain animals have been observed more frequently in places where they had never been seen before.

Its fur is totally hypnotizing because, unlike the common fox, it has red and black colors, due to the melanin in its skin.

It can regularly be seen in North America, due to its beauty it is prey to poaching. Currently it could only be seen in captivity.

The images went viral after photographer S. Gaby , from Newfoundland, Canada, found a specimen loitering near a highway that is alone due to the absence of traffic due to quarantine.

The earth continues to show us that it can be healed if we allow it. Share this beautiful gallery with someone to brighten their day.