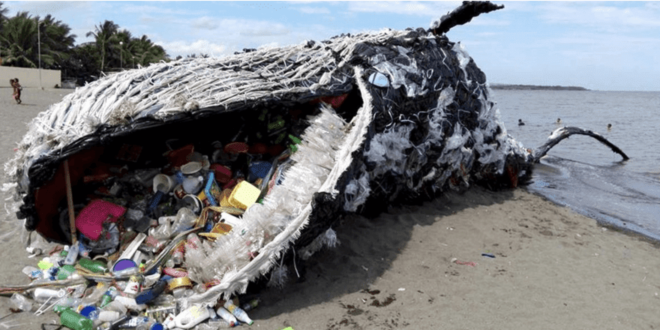 Waste items such as plastic bags and rubbish sacks were discovered inside the 32ft mammal’s digestive system which washed up on a beach in Spain. After the whale was found in southeast Murcia in February 2018, the El Valle Wildlife Rescue Centre has carried out an investigation and has now concluded that the mammal died because it couldn’t digest the huge amount of plastic waste in its stomach and intestines. This investigation confirmed that the whale weighed 7tons. Whales normally feed on large squid, fish, and sharks.

According to the environment director-general of Murcia, Consuelo Rosauro, “the presence of plastics in seas and oceans is one of the greatest threats to the conservation of wildlife throughout the world since many animals are trapped in the trash or ingest large amounts of plastic, which ends up causing their death. The region of Murcia is no stranger to this problem, which we must tackle through clean-up actions and – above all – citizen awareness.”

Also, according to reports, at least 30 sperm whales have been washed up on European beaches during the last few years. This number includes 13 sperm whales in northern Germany in 2016. Those discoveries intensify the urgent need for people to act now to drastically lower plastic consumption before it is too late.