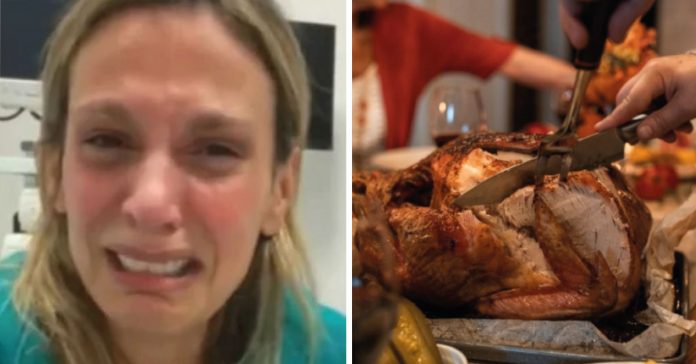 The influencer asked that they have compassion for all animals.

In the December holidays, the tables of the homes are filled with large banquets that include all kinds of dishes. The turkey is usually one of the most iconic, so the consumption of this bird increases during the last days of the year. Of course, the decision to eat turkey and other types of meat is up to each person, and although meat is eaten all year round, one woman lashed out at people who do it at this time.

Luisa Mell , 44, is a Brazilian activist and influencer who fights for animals and the environment. Through her social networks , the woman shared a message criticizing the consumption of turkey during Christmas dinners. She described the action as “lack of compassion” towards all animals and even mentioned that this did not happen to domestic animals.

The activist wrote a long message about the situation in Brazil, which she accompanied with a video from PETA , an organization that defends animal rights. The clip deals precisely with the issue of turkey consumption through a story about a turkey that is rescued by a vegan family. It should be noted that this video is not informative, it simply tries to appeal to the viewer’s sentimentality so that they think twice about eating the animal or making it her pet.

«8 million dead turkeys in Brazil, to celebrate life! Do you know what Christmas means? It means birth. We celebrate the life of Christ. But sadly we celebrate the death of animals,” Mell began.

Then he explained the way in which these little animals reach the end of their lives. She was somewhat explicit in describing this process and also took the opportunity to say that all this suffering to turkeys can be avoided if people decide not to eat it on these dates.

«My request for this Christmas is that love and compassion be extended to all species of animals, that they feel, suffer, love. Like your dog,” Luisa concluded.

Users quickly filled his post with comments. Many showed their support and invited other Internet users to stop eating meat due to animal suffering and the pollution generated by the meat industry.

However, many more criticized her. Some asked her to respect the habits of others and that if she did not like the diet of others, that she simply focus on eating what she wanted.