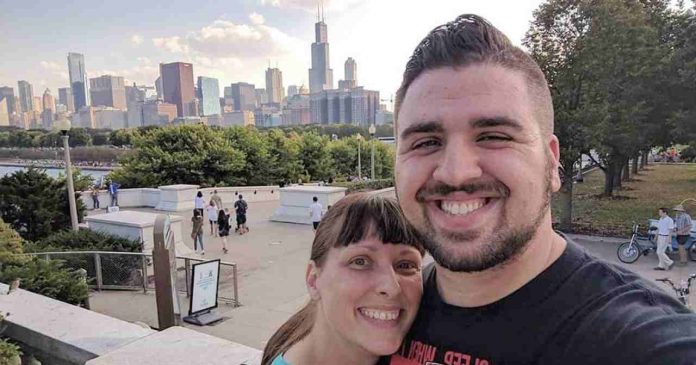 Uber is one of the largest transportation platforms, it is not the only one and it depends a lot on each country or city, however there are few occasions when we are surprised by actions like the one Brandon Gale carried out.

Gale, is a 32-year-old driver of applications such as Uber and Lyft, he is originally from Rock Island, Illinois, he has been working as a taxi driver for quite some time and his gesture with a stranger has earned him the sympathy of millions of people, not every day you do something that can save a person’s life.

As a driver you never know what type of passenger you may get, from the friendliest to the most unfriendly they can be in the back seat of your car, the most unexpected and uncomfortable situations are the daily bread of thousands of taxi drivers in the world .

On one of his trips to Brandon, he was assigned a very normal address, however out of nowhere he received a message from the passenger that left him speechless. He didn’t know if it was a joke or not, but he was willing to intervene if necessary.

It turns out that a woman requested an Uber ride but minutes later she texted her driver asking for help.

“When you get here, could you pretend to be my boyfriend? He acts as if you know me and not as an unknown Uber driver, ”the woman asked.

Taking all kinds of precautions, Brandon stopped his car minutes before reaching the address he had been given and removed the signs showing that he was an Uber and Lyft driver.

He seriously thought about taking off his wedding ring, but he didn’t and only thought of inventing something if the time came. When he arrived with the woman, he saw that she was talking to a man.

“Hello my love. Soon I will go there”, the woman shouted loudly.

She looked clearly nervous and you could feel an air of tension, Brandon approached to perfectly carry out his role as boyfriend and answered the young woman with the intention of continuing the conversation.

After the awkward moment, they both got into the car, she thanked him for being her guardian angel and explained that she had attended a fair with several friends but at the end of the night, she was left with that man and he began to harass her.

It should be noted that this “stranger” had a history of violence and aggressiveness, for which she felt in danger. “This should never have happened. Men, accept the word ‘No’. Be responsible. Our sons learn from our behavior and will treat the women in their lives the same as us,” Brandon said.

Although it should not be a situation that women have to go through, if you find yourself in danger do not hesitate to ask for help, when you go out to a place alone send your location to a friend and try to report often.