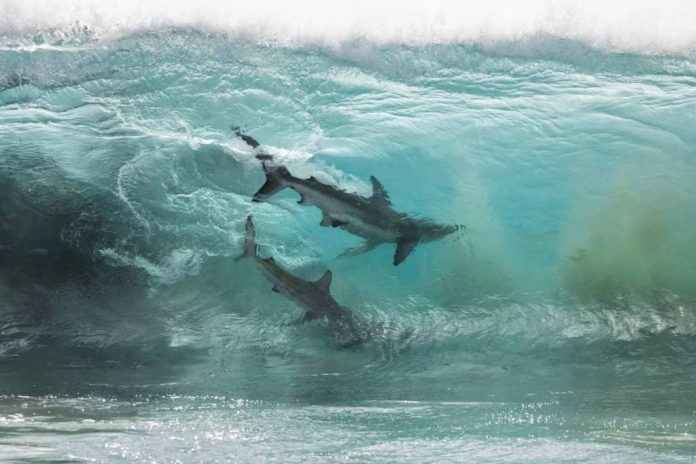 Sean Scott is an Aussie Photographer. He spends most of his time near the ocean. He has the true passion in his work, which reflects the tranquil, sometimes tempestuous ocean and its true life force.

Sean has captured a moment that one cannot replicate. It shows the ocean enveloping two sharks, in a battle against the wave’s turbulent force.

The image shows that it’s almost frozen in time.

When he captured the pair, Sean was on a shoot at Red Bluff. It is a remote surfing spot which lies roughly 14 hours north of Perth.

He was focusing his attention on a school of fish when they emerged.

Sean flew his drone over the area spotting over 200 sharks in the area.

If you like this image you can purchase on Sean’s online shop.