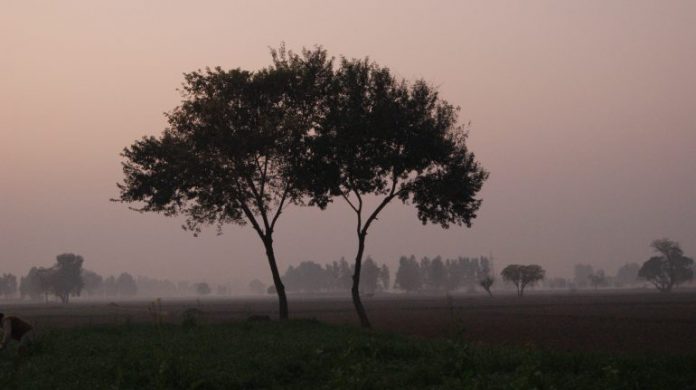 A forester and scientist’s studies about communication between trees have incredible observations and you can see them in the new documentary, ‘Intelligent Trees.’

“Trees have feelings. They can feel pain, but can also have emotions, such as fear.

There is in fact friendship among trees.”

Here are a few wonderful observations made by Peter Wohlleben, tree whisperer, the German forester extraordinaire, and best-selling author of “The Hidden Life of Trees.”

“When I wrote about Wohlleben earlier this year (Trees in the forest are social beings), I was floored by how his work resonated with tree-loving me. Here was an established forester – with a proven track record of improving forest health and loads of scientific research under his belt – swooning about trees as if they were people. “These trees are friends. You see how the thick branches point away from each other? That’s so they don’t block their buddy’s light.” And while some biologists might kvetch about this anthropomorphizing, Wohlleben counters: “I use a very human language. Scientific language removes all the emotion, and people don’t understand it anymore. When I say, ‘Trees suckle their children,’ everyone knows immediately what I mean.”

Now Wohlleben is with forest ecologist Suzanne Simard from the University of British Columbia, Canada in a new documentary called “Intelligent Trees.” We have also sung the praises of Simard around here; her research and findings of how trees communicate is as groundbreaking as it is profound and beautiful. Wohlleben and Simard are a tree dream team together.

They examine various ways in which trees communicate In the film, noting that:

“TREES ARE SO MUCH MORE THAN ROWS OF WOOD WAITING TO BE TURNED INTO FURNITURE, BUILDINGS OR FIREWOOD. THEY ARE MORE THAN ORGANISMS PRODUCING OXYGEN OR CLEANING THE AIR FOR US. THEY ARE INDIVIDUAL BEINGS THAT HAVE FEELINGS, KNOW FRIENDSHIP HAVE A COMMON LANGUAGE AND LOOK AFTER EACH OTHER.”

Wohlleben says in the trailer below, “There is in fact friendship among trees. They can form bonds like an old couple, where one looks after the other.”

There is friendship among trees and humans, too.

You can stream the film at Vimeo On Demand and there is also a web series of shorter highlights. And you can see more about the film at the website, Intelligent Trees.