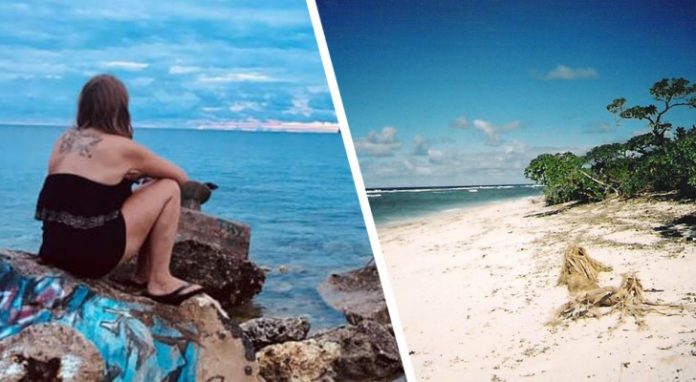 Zoe Stephens will not so easily forget this planned and experienced weekend at the start of a pivotal historical event that would change the face of the entire planet in a short period of time. We are talking about the Coronavirus pandemic, the health crisis which, since the start of 2020, has raged almost everywhere, sparing only a few remote and lucky places.

Places like  Tonga, where Zoe, a 27-year-old Briton living in China, visited when the pandemic was about to hit the hardest. Initially, his trip was only to last a weekend, but over the course of events, it turned into a stay of several months on an island where Covid-19 is unknown. It’s no coincidence that her story is now widely known: Stephens is a woman who truly lives out of this world!

“I’m probably one of the few people in the world who has never had to wear a mask,” she said, interviewed by CNN Travel. Who would not dream of returning to the way we lived before the onset of the pandemic?

Well, Zoe has never stopped doing it, thanks to her decision to travel to Tonga, this remote Polynesian kingdom in the South Pacific Ocean, one of the few countries in the world without Covid in recent months. How was this possible? It’s simple: thanks in part to a strict ban on travel to and from the island, which affects all international travel except for a few limited flights.

And the young Briton ended up there, you could say in the right place at the right time. However, while it may seem idyllic at first glance given what has happened in the world, the 27-year-old has said her experience is far from easy. Living on such an isolated island, without family or friends, and being cut off from her country of origin is no easy task, especially given the strict rules she had to adhere to during the most difficult months of the pandemic.

“For days and days, I was only allowed outside my home once a week to go shopping, and I was forced to remove the license plate and the name of the car so that I could go shopping. I can’t move, ”she said. Although during her first months in Tonga, Zoe remained hopeful of possible repatriation to China, this was not possible and she was also not allowed to return to the UK.

The fact that she had planned to stay in Tonga for a short time did not help, as she was there with only a few personal effects for a weekend and not for more than 18 months. “If I had known,” Stephens continues, “I would have found a job, learned the local language or volunteered. After several moments of desperation, Zoe decided to take charge of her situation, renting a house on the beach and taking a master’s course in online communication.

Tonga’s travel ban has been extended until March 2022, but that deadline could be extended further. This woman’s ” long weekend ” therefore looks set to continue for some time to come!