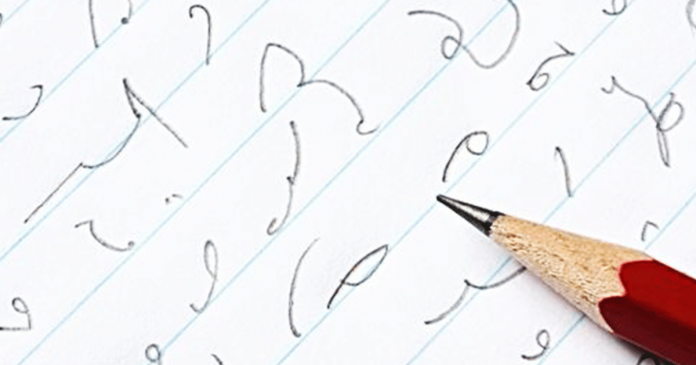 Before the digital age, this was the quick way to take notes

Nowadays taking notes has become something simple. A simple photograph on a slide or leaving the mobile phone recording are enough for a class or work meeting . However, there was a time when, if we wanted to be quick when taking notes on a subject, we had to resort to a very particular way of writing.

Shorthand exists thanks to the Greek historian Xenophon, but it was not until the arrival of the Roman Empire that this type of writing became popular. The system was used for more than 1000 years.

During the middle ages it almost reached its extinction , but in the Victorian era it was its new peak, where it was even used in the translation of the Bible, to make the process faster.

The system reached the American continent in 1837 thanks to the brother of Sir Isaac Pitman. It was given a stylistic enhancement by John Robert Gregg where it became known as “Light-Line Phonography” , later simply called Gregg shorthand or “Gregg Short Hand”.

The style was developed to make letterforms simpler , making the writing process and documenting information easier. Currently it is still used to take notes in fields of law, medicine or secretarial.

Have you heard about this form of writing? Have you used it? Share the note with your parents or friends, surely they know someone who used it.