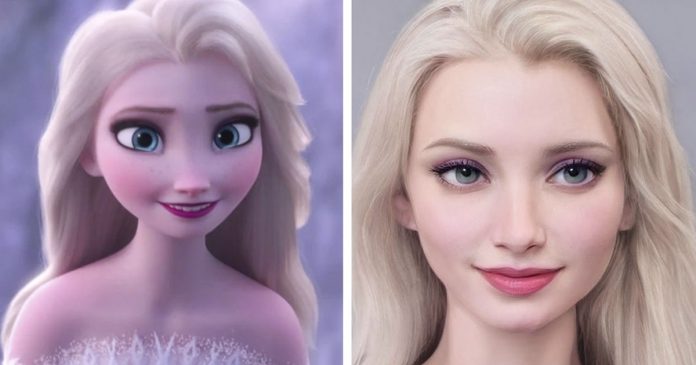 Disney and Pixar cartoon characters often become the focus of various artist experiments, because their images are familiar to everyone, and people will be able to appreciate the transformation in all its glory. So the toyboyfan artist decided to see what the well-known characters from “Frozen”, “Moana”, “The Little Mermaid” and other cartoons would look like if they lived next to us.

To do this, he takes a character portrait and a photograph of a real person who he thinks resembles this hero. The artist then uses artificial intelligence to combine these two images into one. Toyboyfan then edits the resulting portrait in Photoshop to make it even more similar to the original character, the artist told Bored Panda in an interview.

2.Tiana, “The Princess and the Frog.”

Which one surprised you the most? Would you recognize them if you saw them on the street? Let us know in the comments!