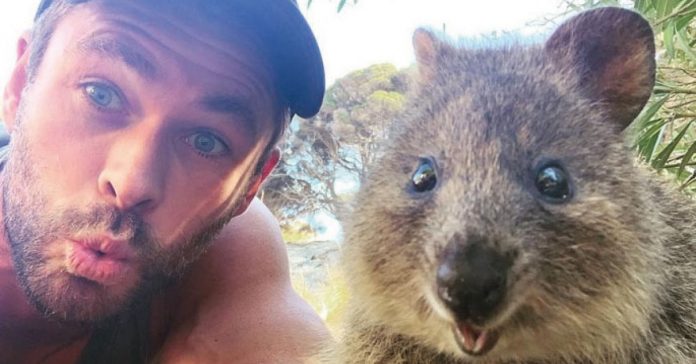 Quokkas are one of the friendliest animals in the world and their personality clearly shows it. Their size is very similar to that of squirrels but they have more in common with kangaroos, since they are part of the marsupial family.

They are extremely charismatic and in recent years have become very famous for always having a contagious smile on their face. They can be found in some areas of South Australia.

Its discovery created confusion, since the explorer William Dampier called it that in honor of the animals but mistook them for giant rats, initially it was “Rattennest” (rat nest) but later it was changed to the one everyone knows now.

Being so friendly, it is very common for them to offer them food or to want to take pictures with them, but it is recommended that they give them their space so that they do not feel invaded, unless they take the first step

01 Quokkas are extremely curious animals, and they are likely to get close to humans.

02 They are always ready to say hi and make new friends.

03 They are not called the happiest animals in the world for nothing.

04 They can be found mainly on Rottnest Island, and in some other areas of southwestern Australia

05 They are very sociable animals, they can be with humans and with several members of the same species.

06 Too much cuteness in one photo

07 They can store large amounts of food inside their cheeks and can go a long time without drinking water.

08. Baby quokkas stay inside their mother’s sac for at least 6 months.

09. Two couples in love pose for the photo.

10. They are experts in posing and making facial expressions.

11. The quokka’s smile is due to muscle relaxation after chewing on hard or poisonous vegetation.

12. Even celebrities fall for these cute little animals.

13. They discovered this species in 1696 and before giving it that name, many thought they were giant rats.

14.Quokkas belong to the kangaroo family because they are marsupials. These small animals weigh between 2 and 2.5 kilograms and measure less than 60 cm.

15 No one asked him to stick out his tongue but he did.