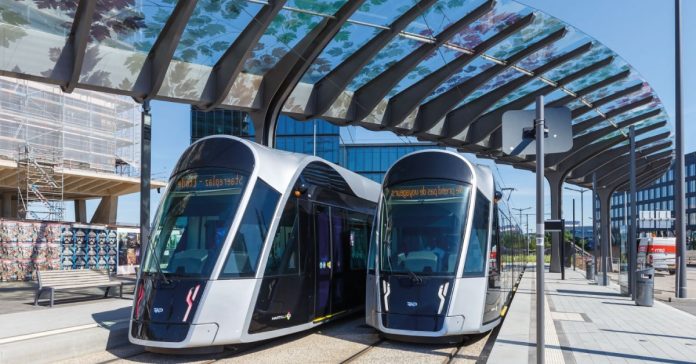 The small and prosperous country of the European Union has made world history by becoming the first country in the world to offer free public transport for all. Now the traffic has been reduced and the environment improved.

Luxembourg has a fast, clean and now free way to get around the country. Yes, you read that right, transportation is totally free throughout the country. All means, including buses, trains and even the new tram are free. Its network is constantly updated to be able to adapt to the needs of its users and they incorporated the tram to improve its service, which is becoming more popular with residents and visitors every day.

Now it will no longer be necessary for you to buy your ticket, because you can get on the transport you want unless you want to travel in first class, because then you will have to pay.

How does it work?

The European country offers an interconnected network of buses, trains and trams that allow you to access any destination without problems. Although Luxembourg is a place that has many attractive areas far from each other, its public transport will take you without problems; Both urban centers, such as the city of Luxembourg and the agglomerations in the north and south of the country are very well connected, rural regions also benefit from a guaranteed service, no matter if it is a weekend.

You can see the transport connections in your Mobiliteit .lu application

It is an ancient capital with 5 regions, with unique landscapes and located in the heart of Europe.

We all applaud the excellent measure of promoting public transport on the individual. Mainly because it reduces car congestion and pollution. More than 200,000 people, including tourists from nearby countries, travel through the country causing traffic jams. So this has helped improve people’s quality of life.

Reasons to travel to Luxembourg.

Although it is a small country of only 600,000 inhabitants that only covers around 1,650 square kilometres, the Grand Duchy of Luxembourg offers a considerable diversity of attractions and fun things to do.

In addition, the old town of the place has been designated as a World Heritage Site by UNESCO and its many small towns are charming.

It’s also easy to get around, since you never have to travel far to see it.

Ancient fortresses and castles complement the country’s beautiful scenery, making it a popular tourist destination that is frequently visited in combination with neighboring countries such as Belgium and the Netherlands.