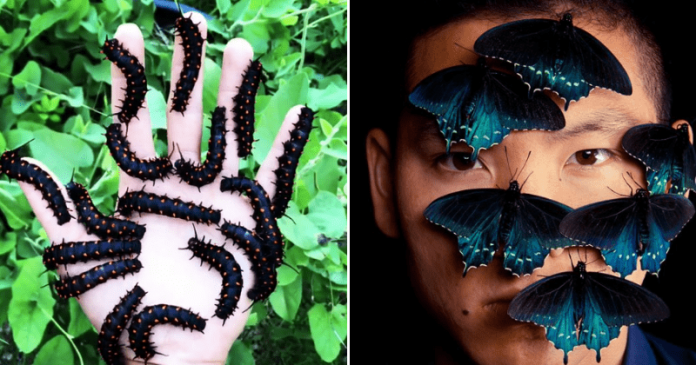 Tim Wong an aquatic biologist proved that conservation can start in your own garden.

The California pipevine swallowtail butterfly has dark blue ombre colors on its wings. A few years ago, the population of these butterflies was on the decline.

The butterfly slowly began to disappear from San Francisco, California, which had been the home for the butterfly for centuries because of the cost of 20th-century development. They had become a rare sight in San Francisco to show how steep was the decline. One man was determined to repopulate the butterfly with this simple but effective DIY project.

Tim Wong, California Academy of Sciences aquatic biologist did extensive research about this particular species of butterflies to bring them back to San Fransisco.

Speaking to Vox he said, “I first was inspired to raise butterflies when I was in elementary school. We raised painted lady butterflies in the classroom, and I was amazed at the complete metamorphosis from caterpillar to adult.” He would catch and study butterflies from the meadow behind his house. It was the first time he learned about the dwindling population of the pipevine swallowtail butterfly.

He was caring for deep-sea creatures as his day job. But in his free time, he builds a large screen enclosure in his backyard.  He wanted to protect the butterflies and to allow them to mate under outdoor environmental conditions which included the natural sun, airflow, and temperature fluctuations. “The specialized enclosure protects the butterflies from some predators, increases mating opportunities, and serves as a study environment to better understand the criteria female butterflies are looking for in their ideal host plant.”

Getting a hold of the California pipeline which was the only plant the caterpillars feed on was the first roadblock in his project. Finally, he found the equally rare plant in the San Francisco Botanical Garden. His butterfly paradise was ready to be set-up with a few clippings of the plant he was allowed to take.

The caterpillars were kept in their new home and were ready to start their metamorphosis. A caterpillar pupates in 3-4 weeks and forms a chrysalis or an outer shell. Then the insect liquifies itself inside to develop into a butterfly. This need between two weeks, or up to two years. This is known as delayed development or “diapause.”

Tim Wong managed to introduce thousands of caterpillars to the garden and he also increased the butterfly population exponentially. “Each year since 2012, we’ve seen more butterflies surviving in the garden, flying around, laying eggs, successfully pupating, and emerge the following year. That’s a good sign that our efforts are working!”

As he has managed to single-handedly restore the California pipevine swallowtail butterfly population it would be an understatement to call it a DIY project. Wong said, “Improving habitat for native fauna is something anyone can do. Conservation and stewardship can start in your very own backyard.”