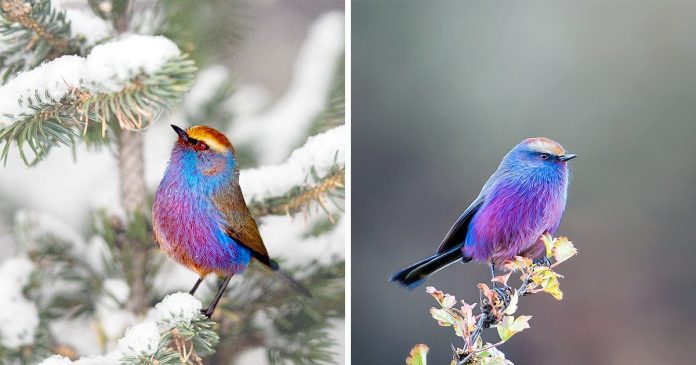 You haven’t still seen all the beauties this world holds. While unicorns are not true, this bird looks just as magical and mystical as them. But there’s one difference, it exists. The bird has a pattern of colors, when it flies it looks like a rainbow in motion.

The bird named as white-browed tit-warbler lives in China, the Tian Shan, and the Himalayas. It can be found in boreal forests too. They have a purplish-blue coat with a chestnut cap, a pinkish belly, and an eyebrow that looks grey or white. The males are with more vibrant colors than the female birds. They weigh between 6 and 8 g (0.21–0.28 oz) and are 8.5–10 cm (3.3–3.9 in) long.

These birds are beautiful and also very polite as their tweets make the sound, “sirrrrrr.” They live in pairs during the breeding season and they join flocks of 25 or more around its end. Their diet ranges from small insects and spiders to small quantities of berries and seeds during the fall and winter.

These colorful birds are not threatened by extinction because of their well-camouflaged nests or the lack of local predators in their nesting areas. 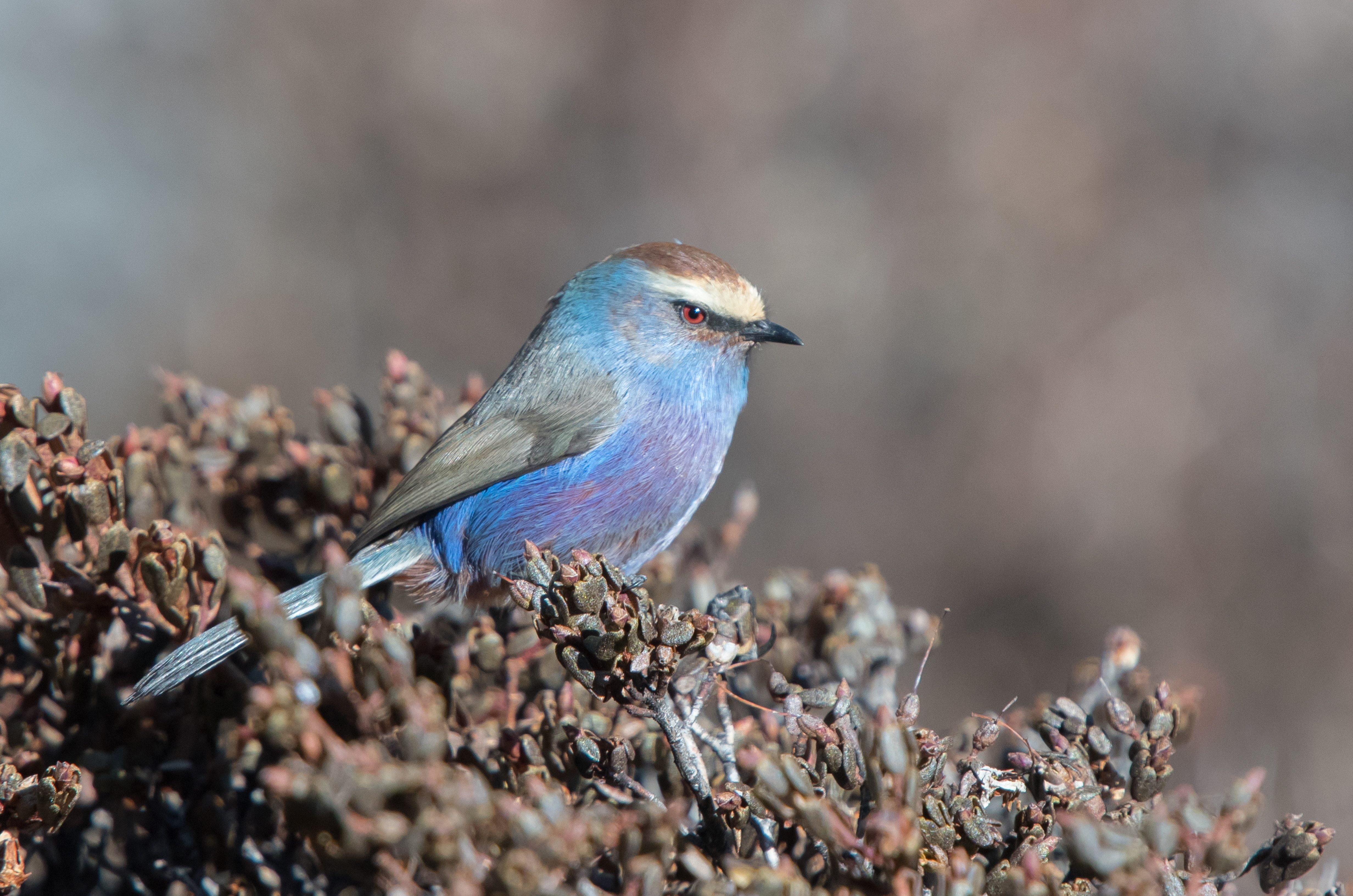 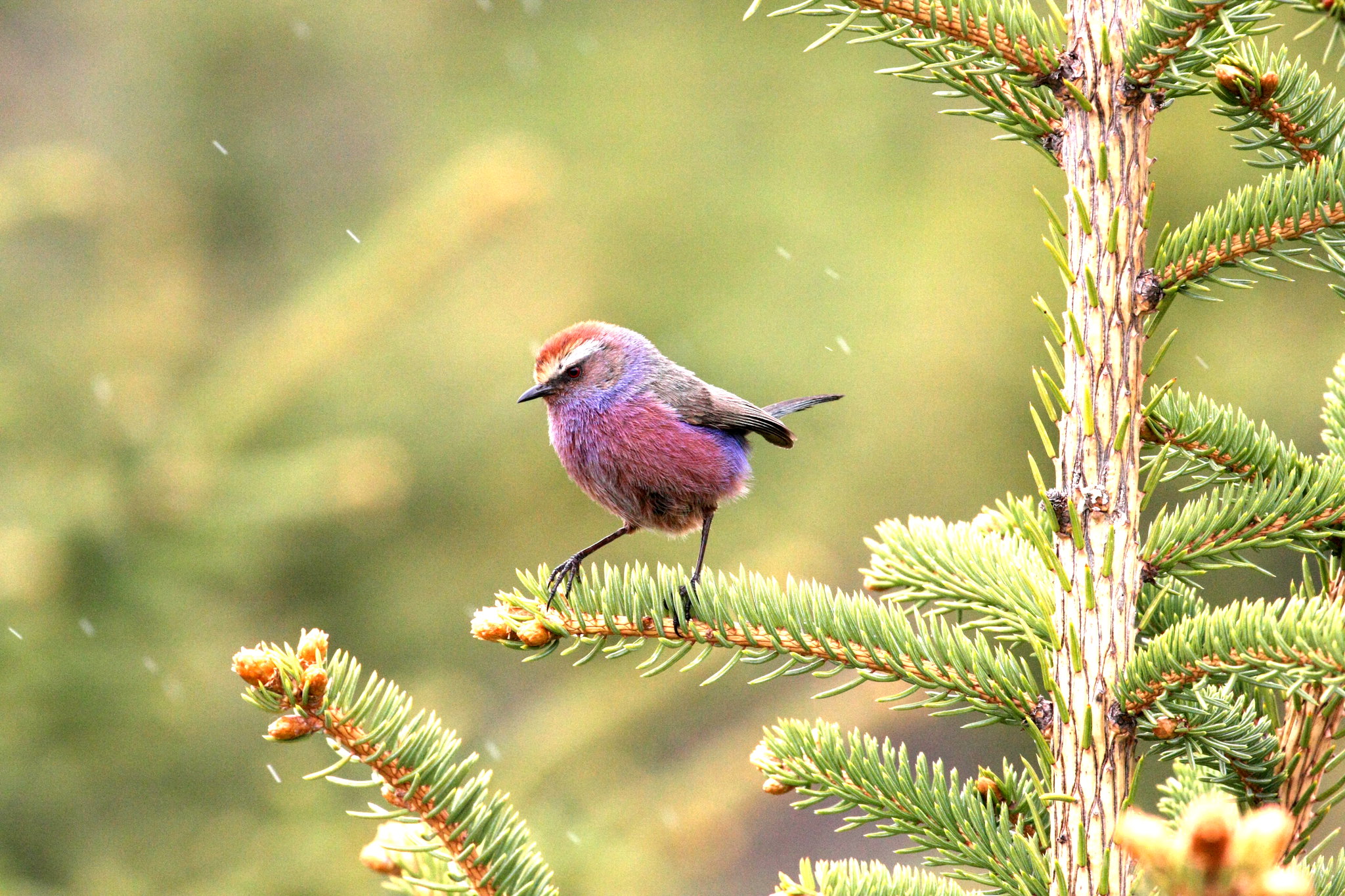