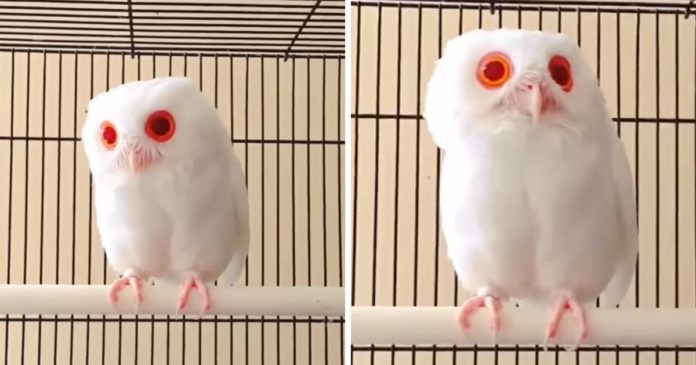 An incredibly adorable owl that looks like something out of a fairy tale.

Contrary to what everyone thinks, this owl does not belong to the snow species, in fact it is a screech owl: albino version.

Screech Owls are generally gray or rusty brown in color, but due to albinism, this particular bird lacks melanin to produce color. As a result, it appears that he is sporting a white coat.

Their bright red eyes, which are normally yellow among owls, come from blood vessels. Due to the lack of melanin even in the eyes, the owl’s iris is colorless, causing pink to red skin around the eyes to reflect.

According to the American Association for Pediatric Ophthalmology and Strabismus (AAPOS), one in 17,000 people has albinism and it can affect different breeds or, in the case of animals.

Albinism is present among mammals at birth and is characterized by a lack of pigment responsible for giving color to the skin, hair, eyes, etc.

Nature will never stop surprising us. Share the mysticism of this owl with your friends.