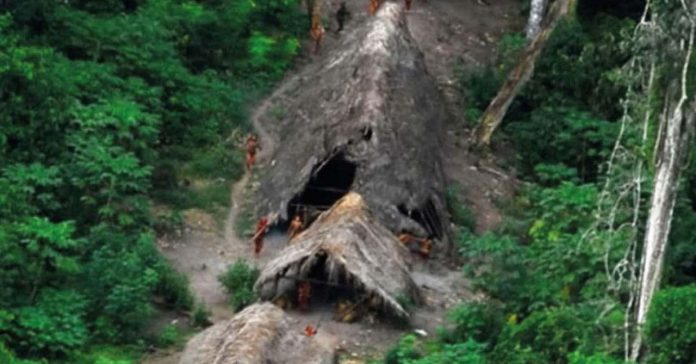 There is no doubt that the most amazing discoveries can be very unexpected, and even more so by searching the Internet because despite everything, this great invention continues to be an inexhaustible source of wonders. A man displayed his instinct as a researcher and explorer and browsing Google Maps discovered a tribe isolated from the modern world.

Today, there are still many tribes or communities in totally different geographical locations from modern society, in the middle of islands, jungles, forests or deserts it is possible to live and survive despite the climatic conditions that people may face, in addition of other factors.

With so many technological advances in full swing, the finding was shared through the social network Twitter, almost like a coincidence, it was revealed that this tribe lives by choice completely isolated from civilization.

Google Maps is an excellent tool for locating, since by simply entering an address, a latitude or some reference to a place, it is able to find it and locate you on the map, and it does so quickly and effectively.

It all happened in the Bay of Bengal, where a group of people lives on a small island about 69 kilometers in area and about five in width. North Sentinel is part of the Andaman Islands archipelago of said bay.

Don Wonka, the user who shared the information, said that in his search he found a small abandoned ship, believed to be the MV Primrose, which disappeared in 1981 with several passengers on board. So far it is already surprising but the most interesting thing is that an indigenous tribe inhabited it voluntarily and they are against contacting strangers.

Some international media consulted with specialists to try to explain their unusual situation, to which they argued that the Sentinelese “could have been on the island for several thousand years” and live thanks to hunting and fishing.

The anthropologist Trilokinath Pandit has so far been the only person who was able to reach the island in the early 1970s and managed to have minimal contact with them.

For obvious reasons and due to the nature of what was shared, the news went viral and many curious people began to comment on it. In fact, they are considering the possibility of flying over the area with drones. But they can only cause them to be scared away and hostile when they see strangers.