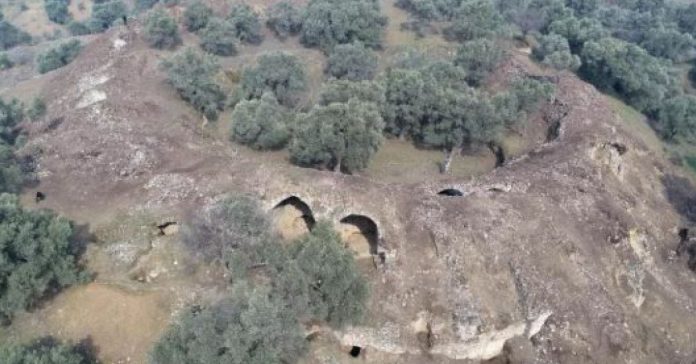 A team of archaeologists found a nearly intact Roman coliseum. It is estimated that it had a capacity for 20 thousand people and was 25 meters high.

When we hear about Roman coliseums and gladiators we think of fights with lions, hand-to-hand battles between gladiators or even condemned prisoners. While it may sound like something out of a movie, they are events that happened in ancient times. A vestige of this was discovered in Turkey’s Aydm province, as local archaeologists found a nearly intact Roman coliseum. This remained almost intact and unpolluted under the protection of a mountain.

According to the researchers in charge of the excavation, it is estimated that the arena could have held about 20,000 spectators, who once saw bloody spectacles and chariot races.

At the moment, archaeologists estimate that this Roman coliseum is at least 1,800 years old.

It was found on the hills of a western province in Turkey and may have been the site of some of the most impressive spectacles in the region. According to Mehmet Umut Tuncer, Aydın Provincial Director of Culture and Tourism and leader of the project, “ Most of the amphitheater is underground ”. Also, part of the visible area is covered by local trees and bushes, he explained to Live Science.

The site was originally discovered in the summer of 2020. With the help of the Turkish Ministry of Culture and Tourism, Umut and his team got permission to start their archaeological research in this ancient city.

In order to start investigating, bushes and wild trees in the area had to be cut down. However, according to the expert, the local vegetation is being protected without damaging the structure of the amphitheater.

Turkish archaeologists say the arena dates back to 200 AD, a period that saw widespread economic growth in that region of the Eastern Roman Empire. Thus, masonry enjoyed the highest engineering resources of that time. Although some rows of seats have collapsed, the structure retains most of its original splendor.

If we compare it with the coliseum of the capital of the empire, in which 50 thousand people entered, it could only hold 20 thousand. The outer walls rose up to 25 meters high, and it had specialized rooms for gladiators.

According to experts, “People from neighboring cities came to the city of Mastaura to see the big events in this building, specially designed for bloody shows . “

Despite this, at present, the masonry stones are falling away in the old structure. Today, the researchers are working on developing a 3D model of the Turkish Roman Coliseum to continue the study.