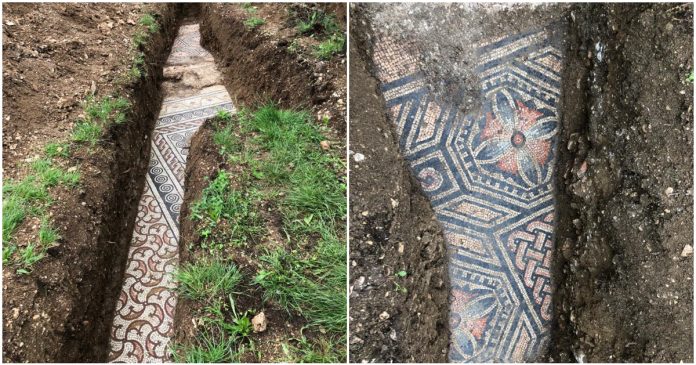 The incredible archaeological treasure was found intact under an Italian vineyard.

An incredible find was recently made, a treasure as rare as it is splendid. Italian archaeologists discovered magnificent Roman mosaics that were hidden under vineyards located in the commune of Negrar di Valpolicella, north of Verona, Italy.

In an extraordinary state of preservation, these mosaics, dating from the 1st century AD. C., were on the site of an ancient Roman villa that archaeologists have been trying to locate for years.

According to local media, the vineyards were built centuries later, in the 3rd century AD. c.

The discovery was shared on the Facebook page of the administration of the Negrar di Valpolicella community. They commented that after decades of failed attempts, part of the land and foundations of the lost Roman villa have finally been discovered.

“The Verona Superintendence will connect with those responsible for the region and the municipality to identify the most appropriate means to make available and visit this archaeological treasure that has always been hidden under our feet,” the municipality said.