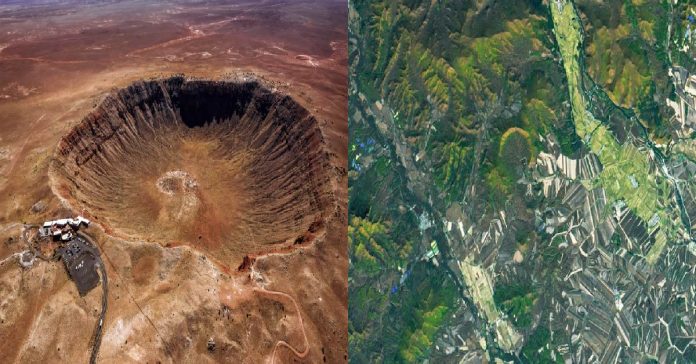 They discover the largest impact crater of the last 100,000 years on Earth

The large impact caused a crater almost 2 kilometers in diameter and could have been witnessed by modern humans and Neanderthals.

Chicxulub is the most famous impact crater on earth. Located in the Yucatan Peninsula , it is a depression that covers 180 kilometers in diameter caused by a meteorite 65 million years ago. Yes, he is the one who said Bye Bye to the dinosaurs in the Cretaceous-Tertiary era.

Chicxulub Crater in the Yucatan Peninsula

New research led by a multidisciplinary team of Austrian and Chinese institutions has discovered an unprecedented impact crater near northern China , the largest of its kind in the last 100,000 years.

It all started in 2019, when the team found what appeared to be a crater in the Lesser Xing’an mountain range in northern China ‘s Heilongjiang province . After following up via satellite, the team confirmed their suspicions and began field work.

They surveyed the crater and surrounding area, then drilled into its core and from the analysis determined that tens of thousands of years ago, the crater floor was an ancient lake that later gave way to a swamp.

The study published in Meteoritics and Planetary Science named the Yalin crater and determined that it is made up of 1.85 kilometers in diameter, proclaiming it the most violent impact of stellar rocks in the last 100 thousand years.

Using radiocarbon dating, the team determined that the impact took place between 46,000 and 53,000 years ago, a date that shows it may have been witnessed by modern humans and pre-extinct Neanderthals.

Studies are still needed to determine the diameter of the meteorite.