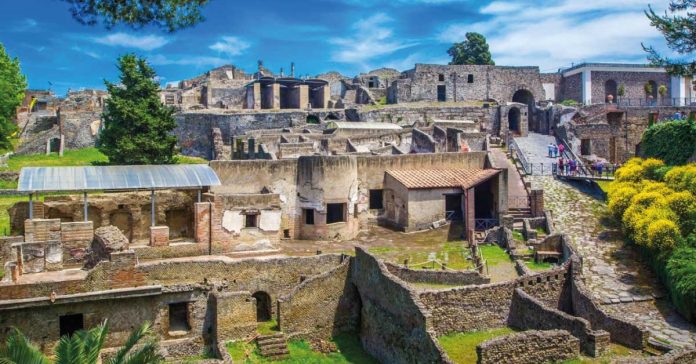 After thousands of years it is impossible to forget the value and grandeur of Pompeii, a Roman city famous in its time for its splendor but even more so for the tragedy that struck it and which was its end. Trapped between the lava of Vesuvius and killing thousands of inhabitants, Pompeii continues to make people talk because to date researchers and explorers continue to find valuable treasures within its ruins.

Recently, a group of archaeologists discovered a room in a villa on the outskirts of Pompeii, with beds and objects included, this gives a slight idea of ​​what living conditions were like for slaves at that time.

The room is also in excellent condition, with three wooden beds and amphoras, ceramic jugs and a urinal. The finding enriches the information that was available about the city and sheds interesting data on the society about which little is known.

The “slave room” was not far from the Villa in Civita Giuliana, where a well-preserved ceremonial carriage was discovered earlier in the year. Various metal and cloth objects can also be seen, such as a chest made of the same material that probably could have been part of horse harness, while the axle of a carriage was found in a bed.

About his life, the investigations can conclude different things, because according to the Ministry of Culture, one of the rooms belonged to a small family of slaves. It is worth mentioning that according to Roman law, slaves were considered property and therefore had no legal personality.

While it was a major city, Pompeii was home to more than 13,000 people, but after the volcano erupted in AD 79, everything was buried under ash.

To this day, the place has become one of the favorite archaeological sites for many travelers because they are fascinated by the history of the city, however, that does not take away the atmosphere of nostalgia and strangeness when stepping on those lands.

The finds and discoveries will continue as long as remains of what was once a large settlement still exist.

Archaeologists Do Not Want To Open The Tomb Of The First Chinese Emperor, They Are Afraid