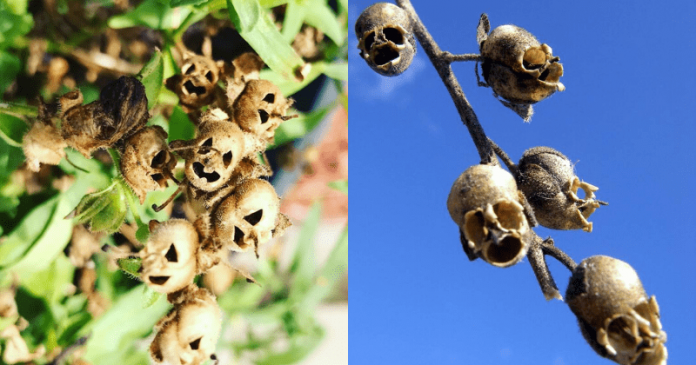 Snapdragon flowers get their name because of its unique shape that looks like a dragon’s head.

Snapdragons are one of the prettiest flowers that consist of a vertical structure with the flowers blooming from the bottom of the stalk to the top. They will stand tall and look like bright stars with their colors.  They are many colors conceivable and there are over 25 species of the flower that exists, states Gardenista. The flower has its name due to the unique shape that looks like a snout or that of a dragon’s head. Flower farmer Erin Benzkein said, “Snapdragon possesses so many desirable traits in one plant: beautiful warm colors, tall strong stems, delicate ruffled blooms, and the loveliest citrus scent.”

There is another side to the Snapdragon flowers when the flowers reach the end of their life. The flowers take on a very spine-chilling appearance once the petals lose their luster and their beauty fades. The snapdragon, once dead, takes on the eerie form that resembles miniature human skulls. All the pretty flowers will look like small human-like skulls. These flowers are native to Europe and Asia and usually bloom in spring or fall.

You can co-ordinate the end of the flower bloom to coincide with Halloween if the flowers bloom is timed right. If you have them in your garden, it will definitely be the most terrifying, naturally-occurring decor. Metro reported that if they are squeezed between your fingertips, the skull will open and close its mouth. These flowers were considered to have supernatural powers in ancient cultures. They look like they’ve been through hell and back. It also said that Snapdragon Flowers held the secrets to lifelong beauty and youthfulness to any woman who consumes them.

The flowers are also believed to be a good luck charm and people in the past would carry it around with them. There were people who also believed these tiny skulls could protect the residents from curses, sorcery, and other evil things when it was scattered throughout their house according to the Wonderful Engineering. It is also believed as a symbol of deception, suspicion, and mystery in the Victorian Age because of their creepy appearance. Many people wore it to appear fascinating and gracious. But nowadays we know that there’s not such a thing.

Does this really happen? I want some if it does! ❤️?❤️ #snapdragons #snapdragonskulls #doesitreally

According to the Biochemist and blogger Johanna L. Roose, the name and lore of the snapdragon come from its flower structure and bilateral symmetry. “The skulls are really the seed pods of the plant after the flowers have been pollinated and the petals have withered away. Dissecting the flowers in their prime shows the ovary at the base of the bloom. The pollen-containing stamens and the style emerge from the orifices in the ovary. These structures leave behind gaping holes that look like a mouth and eye sockets.”