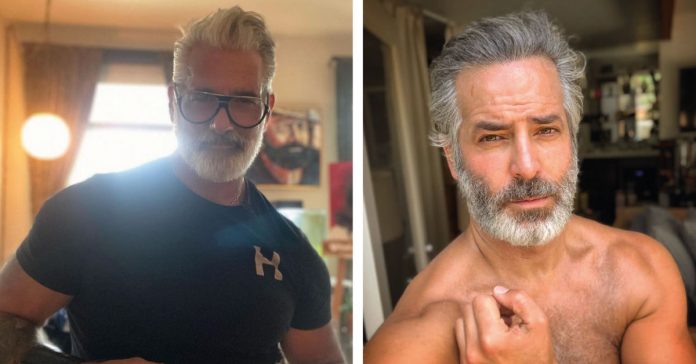 When people reach 50 years old, society pigeonholes them into a stage where they shouldn’t be doing certain things, however, they are just stereotypes that have been created to limit. Both men and women have taken it upon themselves to blur these lines that say that at such an age you cannot do such a thing, because what would people say?

In the case of men, there is a saying that “they are like good wines, the older the better”, because it seems that some want to prove that it is totally true and that age is not synonymous with wrinkles, but with experience. .

Here are five mature models over 50 who are taking social media by storm with their presence and appearance.

He is a 54-year-old Argentine actor who has managed to manage his influence on social networks. He is a fan of exercising and often shares his healthy lifestyle and loves to do many outdoor activities.

This 50-year-old model is one of the benchmarks in beard and hair style. In most of the photographs he shares, he can be seen with a neat and extremely elegant look.

This 50-year-old model and actor, born in Michigan, United States. Many of his fans have repeatedly nominated him for the role of James Bond, as he has shown his class and elegance.

At 54 years old, this New Yorker is known on social networks for his fitness life and his photos on Instagram.

He is an actor, model and producer. He is 51 years old and lives in Santa Barbara, California. Through his social networks, he usually shares content related to his lifestyle, as well as photographs of his work and his support for the LGBTQ + community.