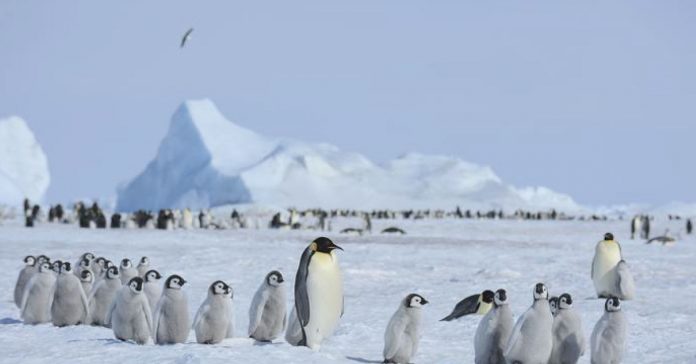 When talking about desert it is impossible not to relate it to dry, arid areas, desolate and inhospitable spaces with large amounts of sand, however, that is the general image that our minds can associate, they would never imagine or think that a desert it can be many more things.

In the great vastness of desert ecosystems that exist on our planet, we forget perhaps the most important one, the Antarctic ice desert, covered with dense layers of ice.

There are more than 14.2 million square kilometers of ice and snow without the presence of sand, sun, as well as subzero temperatures. That is why Antarctica is considered the largest desert, above the Sahara.

The reason is quite simple because according to meteorologist and climatologist Jonathan Wille of the University of Grenoble in France “any region that sees less than 25 centimeters of precipitation per year qualifies as a desert.”

The McMurdo Dry Valleys are the best example of areas that have not received rain in a long time, because after 14 million years, there is still an enormous amount of moisture in the air.

They are located on the western shore of McMurdo Sound and cover some 4,800 cracked kilometers, are relatively free of ice, and demonstrate a stark contrast between two almost antagonistic ecosystems: ice and saline.

As of 2016, there were about 135 permanent residents, but 1,000 to 5,000 people reside year-round at research stations scattered across the continent.

Speaking of another type of population, it is known that different organisms live in Antarctica such as many types of algae, bacteria, fungi, plants, protists, and certain animals, such as mites, nematodes, penguins, pinnipeds, and tardigrades. The type of vegetation that occurs in some small areas is tundra.