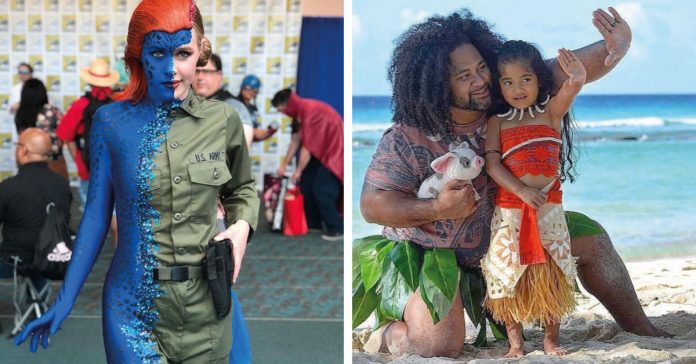 One of the ideal times to wear a great costume is just around the corner, Halloween is a celebration that has spread to all parts of the world and where people enjoy the entire process of choosing the outfit to transform for a night in your favorite character.

Comic book conventions and different television series or movies are also a great place to express yourself, but there you do it through cosplayers , that is, in addition to dressing as someone else, they also adopt characteristics or actions of the character.

Some Reddit users decided to share photos of the best costumes they have found on the Internet, which can easily be confused with the real ones due to their high quality and similarity.

2. Mantis from Guardians of the Galaxy

5. Nebula from Guardians of the Galaxy

6. Helen Parr from The Incredibles

8. The ghost of Luke Skywalker from Star Wars

9. Bilbo Baggins from The Lord of the Rings

10. Captain Jack Sparrow from Pirates of the Caribbean

12. Margaery Tyrell from Game of Thrones

13. Maui and Moana from Moana

14. Vincent and Jules from Pulp Fiction

15. Arya Stark from Game of Thrones