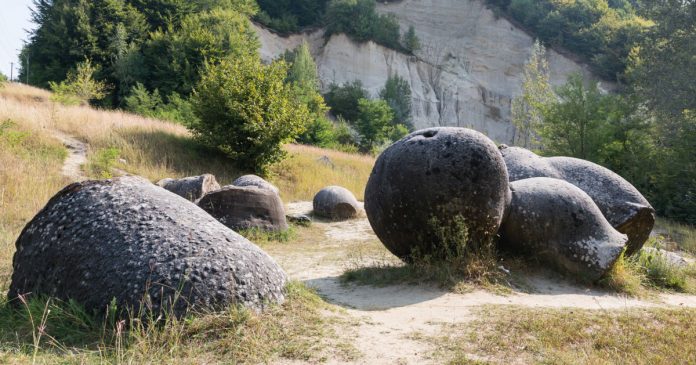 In the city of Costești – Romania, a strange natural phenomenon has been considered one of the biggest attractions in the area , since it is nothing more and nothing less than the existence of living stones . Yes, we know that it is something incredible but true and then we will tell you the secret.

These unimaginable living stones are called ‘Trovants’ which in Romanian means ‘growing stones’. Something very interesting about the Trovants is that, visually, these stones do not have much difference from the common ones. The secret lies in their anatomy and antiquity, since according to specialists these rocks are approximately 6 million years old . The Trovants began as small rocks that, over the years, have become masses of stone up to 10 meters high.

Although these stones grow, they do so very slowly , so much so that it is estimated that they take a thousand years to grow 4 to 5 centimeters. The cause of the growth of these stones is because they have a structure similar to that of a tree trunk, with the difference that their growth takes much longer. Another important fact about the Trovants is that they reproduce , due to the accumulation of carbonates inside them, which means that when the water falls on them, they press on the outer layers and create protuberances that make them “reproduce”.

Quite curious, right? It is a super important fact for many, so do not hesitate to share it with your acquaintances.