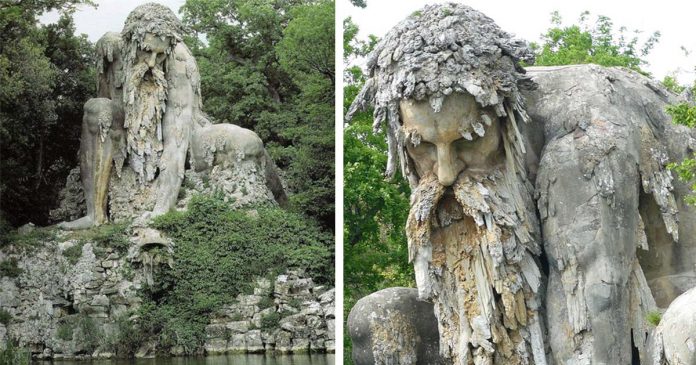 Our world is surrounded by beautiful creations that formed over time. Some people create man-made beauties with those creations. Architecture is an art that is “appreciated by many” but “perfected by” a previous few and not just concrete and blocks. And those clever people have gifted some awe-inspiring buildings to this world.

The Italian sculptor Giambologna brought this epic colossus, half man, half mountain to life in the late 1500s as a symbol of Italy’s rugged Apennine Mountains. This mountain god, fittingly named Appennino, stands 35 feet tall over the ground of the Villa di Pratolino in Tuscany.

There’s a wonderful secret inside the rugged, mountainous statue. Its interior has several rooms with different functions. The monster that his left hand holds spewed water from an underground stream. It is said that space in his head was made for a fireplace. It would blow smoke out of his nostrils when lit.