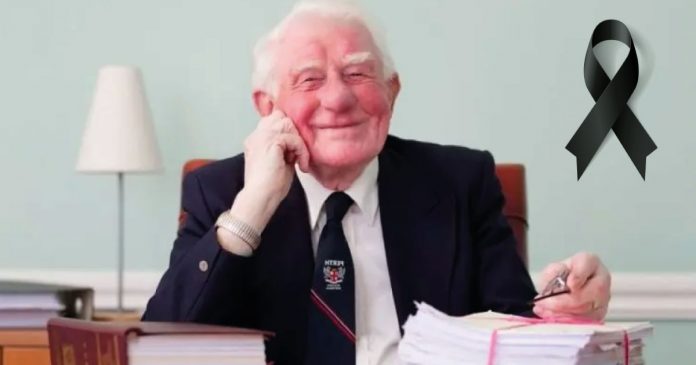 The vast majority of workers retire from their jobs when they reach old age, but this is not the case of John Burns, who worked for 84 years in the same company until the day he died .

John was a family man, lived in Edinburgh – Scotland, and was always loyal to his work. He started working when he was 14 years old, joining the TC Young Wilson Terris Law Firm. From the first to the last day, John was characterized as an extremely responsible, organized, loyal and dedicated employee .

His first years with the company were as an office messenger. He later rose to the position of teller and eventually became a legal messenger . At all times he was in charge of fulfilling a series of requirements in order to obtain promotions and improve his work and professional life. At 97 years old, this man continued with his great energy, leaving everyone shocked.

John always considered that it was thanks to his work that he stayed alive and had so much energy , which is why he had not thought about retiring from his position. One day after celebrating his 98th birthday , John passed away, leaving all of his co-workers in deep sadness . “It was time for him to rest”, “he has left us a great void in our hearts and in the office”, were some of the comments.

There are people who literally live for their work and John Burns will be one of the best examples. Share this story if you found it moving.