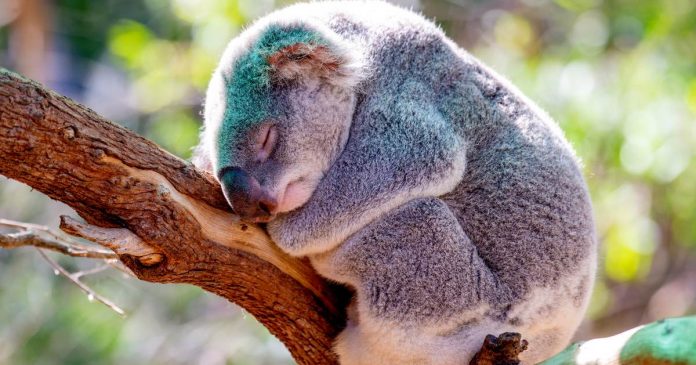 Oceania is a special region, at least for biologists, because the most exotic and interesting creatures lie here thanks to the climatic conditions and also the geographical characteristics that this part of the globe offers.

Thanks to these elements, the biodiversity of this region was generated to differ greatly from that of the rest of the world. In countries like Australia you can find species that are not seen elsewhere, such as koalas.

However, these characteristics also play a role against these species because, because they can only develop in this area, this implies that the populations are drastically reduced if the region is threatened.

This is exactly what is happening to the koala. The Australian Koala Foundation (AKF) has elevated the status of this species and declared it functionally extinct . It was through the official website of the foundation that it was reported that there are no more than 80 thousand specimens of this species in Australia.

This figure worries specialists because this means instability in the populations of this species and therefore they predict a dangerous decrease in it, even more serious than the one that already exists.

The current decrease may be due to the fires that started earlier in the decade and the expansion of urbanization, which is pushing the koala population to its limit.

With this declaration, the AKF asks the Australian government to establish a protection law . It is requested that efforts be increased to maintain the life of this species.

The reason for its extinction.

According to conservative figures, the koala population, before the arrival of conquerors in Australia, had about ten million copies. These animals inhabited an area about 2,500 kilometers long. At that time, the eucalyptus trees were at their maximum expansion, the main source of food for these 10 million koalas.

But the arrival of the conquering Europeans caused this species to be hunted to exaggerated limits. Its skin was valuable, this caused that by 1927 the population was reduced to a few thousand copies.

This caused many factions of the local population to begin a fight to preserve this animal as it is considered a national emblem. Relocation and conservation programs for the species began, however, the damage was already done and since then the koala populations have not stopped declining.

Nearly a century after this huge hunt, koalas now face another big challenge, threats like climate change, deforestation, and the urbanization of the places where they live.

In some areas of the region the number of koalas barely reaches 5,000, while in other places they do not even reach 100 copies.

Due to this scarcity of koalas, it was declared functionally extinct, that is, the koala will not reproduce in its natural habitat on its own, it would have to be accompanied by protection organizations.

Something can still be done for this species, but if the koala continues as it is today, it will reach a critical point which will lead to total extinction.