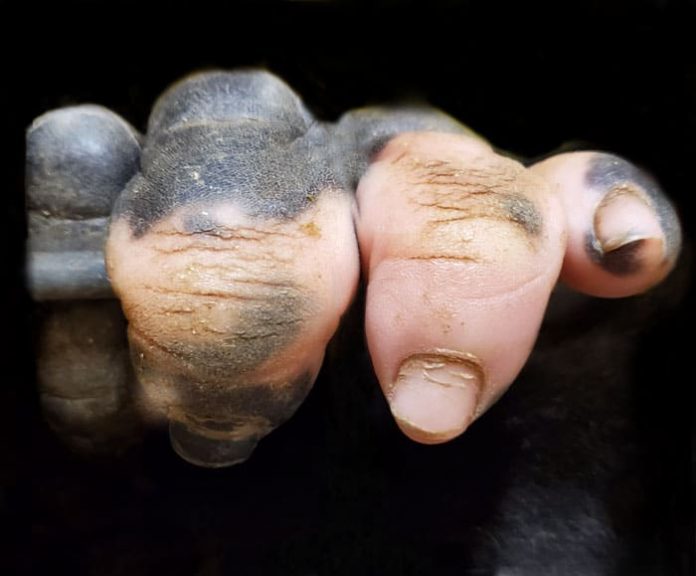 On August 30, the gorilla Anaka celebrated her 6th birthday. Anaka’s photos have been posted on Facebook by Zoo Atlanta and many fans have wished it on its birthday.

There was one photo, with a close up of Anaka’s fingers. Many people were surprised to see her fingers which were very similar to humans. They all have opposable thumbs just like humans. Primates also have individual finger and toe-prints which is used for identification. Primates have nails, and they use them for opening and scraping things and also for cleaning and scratching the same as humans.

Anaka’s skin is unique just as her personality. Zoo Atlanta said that: “[She’s] often barking at her mom and others to get a prime spot for food and juice. She is often seen riding piggyback on her brother and sisters.”

The publication cited a spokesperson from the zoo saying, ‘Well, her skin pigment has always been like that and hasn’t changed over the years, so we think it’s just a cool birthmark.’”

These 30 Adorable Cats Are Sleeping On Glass Tables

In order to Feed Fire-Stricken & Starving Wildlife, Australia Air-Drops Up to 5,000 Pounds of Vegetables