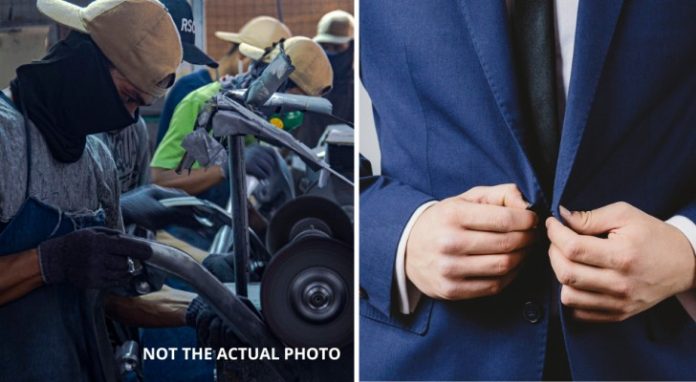 In the world of work, each new entry, especially at the head of the company, can change the balance that had been established up to that moment (and, generally, for good reasons, if things were working). The arrival of a new boss, for example, could upset long-established habits between superiors and employees, with the latter having to accept significant changes and different rules imposed by the new management. A user wanted to tell on the Reddit platform the events that happened in the factory where he works and that turned against the new director.

The author of the post explains that the scheduled working hours at the factory where he has been employed for four years end at 4 p.m. Since his first day of work, the workers have always left at this time, which was considered normal by his superiors. “Workers in the production department usually turn off their machines around 3:30 p.m., clean their stations, then go to the showers, change and put on normal clothes to be ready to leave at 4 p.m.

However, things seem to have changed with the arrival of a new boss, who has decided to take steps to change things. “Recently a new factory manager came in and he was upset to find that the workers stop work 30 minutes early to clean up their shifts and get changed. He called a big meeting and told us to let them know that ‘at 4 p.m. they were not to leave, but to stop working.

Too bad, however, that the new manager overlooked a fundamental company rule: employees only clock in when they leave the building, so doing so after 4 p.m. would become overtime.

“For the past three weeks, people have been turning off the machines at 4 p.m. and taking their time cleaning the workplace and the shower, which is about 40-60 minutes a day. Today the new manager discovered that more than 100 people had accumulated 20 hours of overtime, for a total of 2,000 hours of overtime that could not be counted as production hours.”

Until then, indeed, employees had generously made every task fit within the limit and considered normal hours, hitting daily targets a little ahead of schedule. “The new manager is now running around the complex trying to find a way to justify the fact that suddenly, under his command, the company needs 2,000 extra hours of work when for more than ten years this has not happened. is ever produced.”

Perhaps it would have been wise to understand why certain dynamics were in place before wanting to upset them, what do you think?