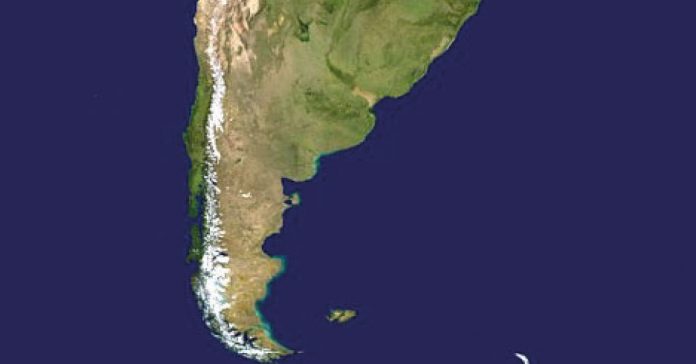 The Andes mountain range is a spectacle of nature, its mere existence surprises everyone since it covers almost the entire west side of South America, and it is considered one of the largest mountain ranges in the world. Its soils are varied, as are its terrains, since you can find glaciers, volcanoes, prairies, deserts, lakes, and forests.

Being something so important to the Earth, many researchers, scientists and experts have taken it upon themselves to study it carefully. For example,

a team of geologists from the University of Toronto have been studying the Cordillera for years and have concluded that the crust, that is, the outermost rocky layer of the Earth, is sinking below these areas.

Obviously many have begun to question why this sinking is happening, and the best explanation so far is that the bottom of the crust, the lithosphere, thickens and heats up, causing it to start leaking down due to gravity.

‘Because of its high density, it dripped like honey into the deep interior of the planet and is probably responsible for two major tectonic events in the central Andes: changing the region’s surface topography by hundreds of kilometers and crushing and stretching the surface itself. of the crust’, explains Julia Andersen, lead author of the study published in Communications Earth & Environment.

This interesting phenomenon is called lithospheric dripping, but for this a basin must first form on the surface and then there is an upward movement of the land mass for several kilometers.

Peru, Bolivia, Chile and Argentina share the mountain range at least geographically, which is why with so many countries involved the degree of curiosity about what is happening is high.

Its origin went back millions of years and despite the fact that it did not look like it does now, the Puna Plateau and the Altiplano were key to its emergence.

Russell Pysklywec, co-author of the study, states that “The Arizaro Basin, located between Chile and Argentina, is not defined by known tectonic plate boundaries, indicating that a more localized geodynamic process is occurring.”

With the intention of being able to better understand its operation, the experts recreated the same region in their laboratory but to scale and using materials such as sand, clay and silicone to represent the layers of the Earth below the Andes.

They also found that their model’s crustal elevation changes were similar to those in this South American region, particularly in the Arizaro Basin. Studies on the subject will continue and it is expected to find a concise explanation about the event.