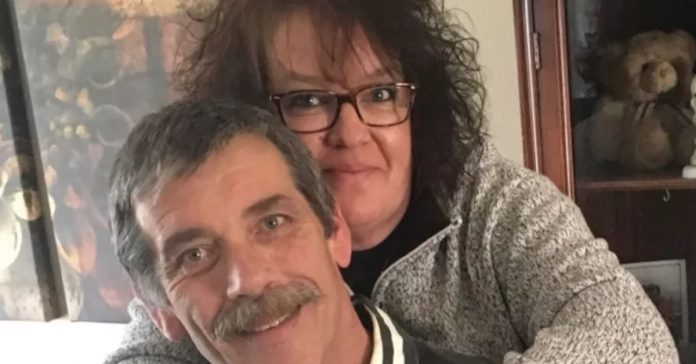 Losing a loved one is always a painful and unexpected experience. However, losing two almost at the same time is devastating, and it becomes worse if we add that it happens near celebratory dates such as Christmas. This time of the year is considered special and joyful to be with the family, and the fact that a relative has to leave is something that causes deep sadness.

This is what happened to the Hawkins , a family from the city of Yankton, South Dakota , United States. On December 23 , the spouses Steve Hawkins and Wendy Hawkins , 58 and 52 years old respectively; They lost their lives after a hard fight against cancer.

They both passed away just one day before Christmas Eve, just 12 hours apart. The news shocked the entire Yankton community as no one expected the couple to leave this world at almost the same time. Sadly, the Hawkins lost their battle with cancer and left their three children Brad, Mandi and Trent in great pain.

Steve was a very loved person in his city. He worked for Emergency Medical Services in Yankton for more than a decade; however, his health deteriorated rapidly and there was nothing else to do. The Yankton County Medical Service made the terrible news public through its Facebook account .

“It is with deep sadness that we inform you that Yankton County Emergency Medical Service Administrator Steve Hawkins passed away on Friday, December 23, 2022 after battling cancer for nearly 5 years. He was 58 years old. Steve was hired as our manager in June 2009. Before coming to Yankton, Steve was a paramedic at Cody, Wyoming and Yellowstone National Parks. He began his paramedic career in San Diego, California,” the statement begins.

Later, the same institute reported that Wendy had also passed away shortly after:

In another sad turn of events, Steve’s wife Wendy Hawkins also passed away on the same day, Friday December 23, 2022 at age 52 after a short battle with cancer. Wendy was a devoted wife and mother who stayed home to raise her three children, Brad, Mandi and Trent, who are now 20 years old. Brad and Trent continue to live at home, while Mandi and her fiancé live in Iowa,” she continued.

The news shocked all of Steve’s co-workers, who want to give him the send-off he deserves. That’s why they’re planning a memorial service come spring, to say goodbye in a proper way.

For their part, the couple’s children started a Go Fund Me campaign to raise money for the funeral of both parents. The tragic experience has not only been an emotional blow but also an economic one since they have to pay for two funerals.

“They were wonderful parents and they took very good care of their family and I’m trying to take care of them. So it all helps, thank you for your support,” Trent said.