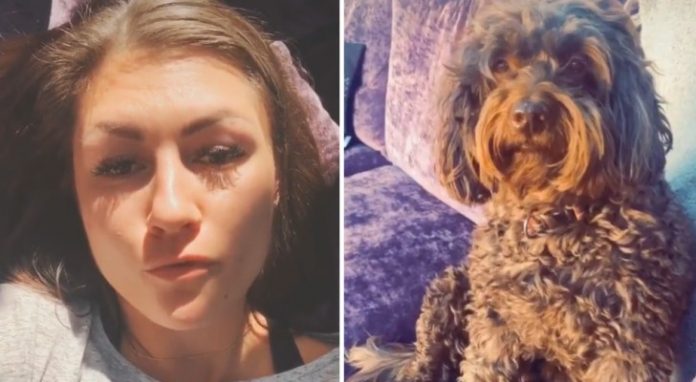 Anyone who owns a pet knows the special bond that can be formed with it, so much so that many people go so far as to consider it a real child. And for children, parents want the best, they want to give them everything they deserve, at the cost of many sacrifices. A 30-year-old London woman has stunned the web by saying she’s struggling to pay her bills but still doesn’t want to give up on expensive gifts for her beloved dogs as Christmas approaches.

Fay Skerritt lives in London and is the “mum” of two cockapoos, Fudge and Lola. The young woman cares about her animals so much that, despite her financial difficulties, she has decided not to give up on giving them expensive gifts for the next Christmas. The budget set for gifts for his dogs is £70 each, making a total of £140 (about 160 euros). Fay said that she’s currently having some trouble keeping up with household bills, but still wants to give Lola and Fudge some decent gifts. “For me, they are my children. They can’t take care of themselves, so I like to give them nice things.”

Fay explained that she forgoes giving presents to her family so that she can buy her dogs a winter sweater to protect them from the cold on their daily walks, as well as a basket full of treats for their daily snack. In addition, Mrs. Skerrit will provide her doggies with a new crib and special towels to clean their paws after they return home.

“To be able to afford all this, I will certainly not spend on other things, the woman said. I had to reduce gifts for my family. We have decided not to give each other big gifts this year. I was going to buy a winter coat, but I found an old coat and I’m going to settle for it, I’ll give up my clothes for theirs, because when theirs are ruined, they can’t really use them. The old clothes I have will be enough for me.”

Fay admits she is aware that this may seem excessive and says she has received criticism about it, but she also claims that “these are people who don’t own dogs, so they can’t understand”. His family, on the other hand, was understanding in this regard.

Fay, in order to save money, also buys homemade toys: “I went to my local DIY store and brought some rope to make a toy out of it. Not only was it fun to make it myself, but it cost me half of what I would have spent to buy it in the store.”

What do you think of Fay’s choice? Do you find this excessive or would you do the same for your dogs?