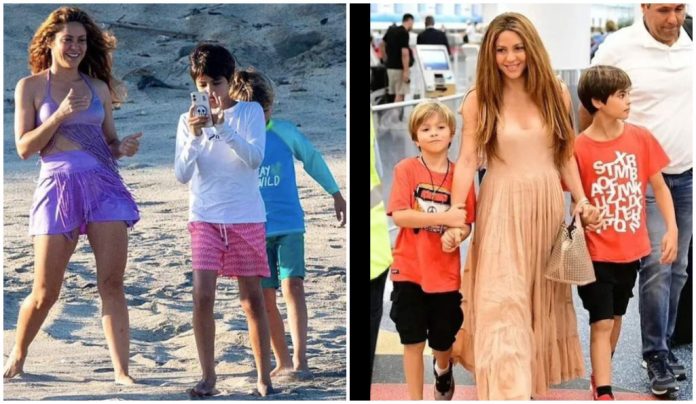 The world has kept abreast of everything that happened with the breakup of the singer Shakira and the soccer player Gerard Piqué , which although at first it was really controversial and very conflictive, apparently now they have managed to reach an agreement regarding where they are going to live . So the singer Shakira began to organize her move to Miami with her children Sasha and Milán, who will have to change her life completely in order to stay by her mother’s side.

The fact of having to start from scratch in another country is something that is really difficult for everyone to face, but Shakira is in the best moment of her career, which is why she must attend and fulfill hundreds of obligations, so that she clearly requires extra help to be able to meet the needs of her children, especially due to the fact that in Miami they will be completely alone.

That is why it is rumored that the singer would be looking for a babysitter, who will keep an eye on her children while she fulfills her work and commitments, and of course the remuneration would be quite substantial. According to some local media, Shakira plans to take the nanny to Miami , with a salary of $2,000, without counting travel expenses, in addition to living in a comfortable and beautiful room right in the luxurious house that the singer acquired.

So it could be said that the nanny would live a life full of luxuries and comforts but with certain obligations.

The only condition to keep the job is that since the singer’s life is still under the public eye, it is necessary for those who currently surround her to sign a confidentiality agreement, so that she is completely limited to issuing any type of Commentary on family life.

This is the only way to gain the trust of the singer, who is only thinking about the well-being of her children and only wants to take care of their privacy. Without a doubt, the singer knows perfectly well that her children have had to go through many changes and adding ill-intentioned opinions is not in her plans, she is a lioness taking care of her cubs.

Do not forget to share this publication and leave us your comment for this woman who, despite going through a rather controversial breakup, has always thought about the well-being and emotional health of her children. Without a doubt, she is worth admiring and an example for many other women who are going through a similar situation.