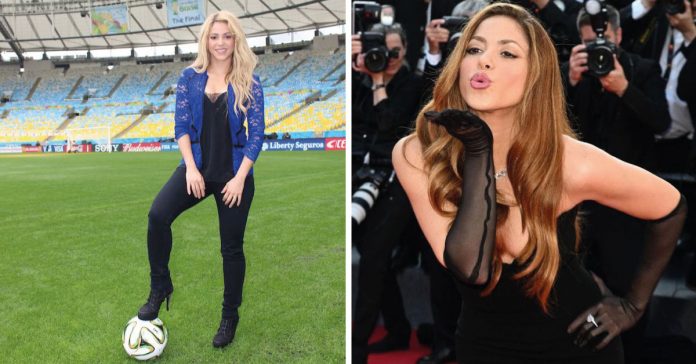 It will be the fourth time that the singer dazzles us with a show during a World Cup.

At this point, everything that Shakira has had to go through since her separation from Gerard Piqué is not a secret to anyone. However, like a phoenix that is reborn from her ashes, the Colombian has returned stronger than ever. She is now enjoying the overwhelming success “Monotonia”, her last song, which has even become a hymn for love breakups.

But since this is not enough, the interpreter will participate in the opening ceremony of the Qatar 2022 World Cup , which begins on November 20.

According to various media, Shakira would share the stage with the k-pop band BTS among other artists. According to the World Music Awards Twitter account, the presentation at the Al-Bayt Stadium is joined by Black Eyes Peas, Dua Lipa, JBalvin, Nora Fatehi and Patrick Nnaemeka Okorie . However, the tweet where this was stated is no longer available, so until now, everything remains rumors.

In any case, this would be the fourth time that the Colombian singer has participated in a soccer World Cup show, either for the opening or closing. Recall that in 2006 , Shakira made her debut in the German Cup singing “Hips don’t lie” and “Bamboo” with Wyclef Jean at the closing ceremony.

For 2010 he had his second participation, which is one of the most famous and remembered so far. Shakira was in charge of the official song for the World Cup in South Africa ; the iconic “Waka waka” that sounded everywhere. This time, the singer was at the opening and closing events. And the last time she went on a World Cup stage was in 2014 , in Brazil where she performed “La la la” for the closing ceremony.

Although for Russia 2018 the Colombian was not requested; It seems the organizers know that Shakira spices up sporting events (yes, we’re also referring to the 2020 Super Bowl halftime show ). That is why for Qatar 2022 she will return to the stage and we are sure that it will be a great show as always.

As a curious fact, the Spanish soccer player has only played in three World Cups and recently announced his retirement from the courts, so he will no longer play any match in another World Cup. This means that Shakira has been more successful in football than her ex-partner and father of her children, Gerard Piqué.