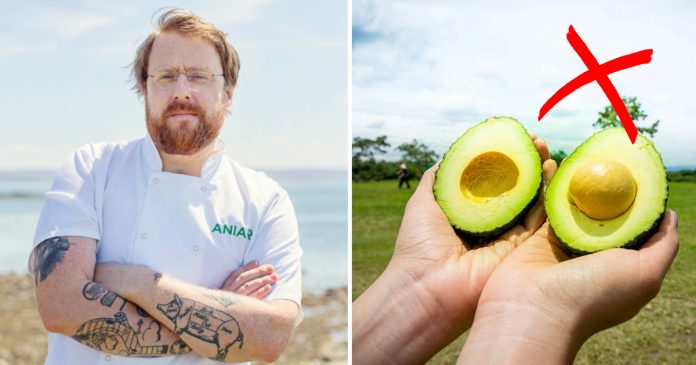 Various prominent chefs in the world are starting a movement to make avocado unusable and replace it in their dishes. The reason? The cultivation of this fruit causes a huge carbon footprint. They propose to use alternatives such as the artichoke as JP McMahon has said.

In this world there are many who cannot conceive their day without their avocado toast or guacamole, but in other parts of the world they are choosing to stop consuming it because its complete cycle is a great contributor to global warming due to the footprint of carbon generated by its production.

This tasty food is produced in Central and South America, for this reason they must travel long distances to reach the tables of Europe or Asia as well as the United States, in addition to this, they have to be at controlled temperatures so that their maturation does not arrive so quickly when being taken to their destinations.

The co-founder of the Wahaca restaurant , Thomasina Miers, spoke to The Guardian and stated that avocado production can require up to 320 liters of water to grow , so this precious liquid is being used entirely for irrigation and there are growing areas where This water is not consumed by the entire population that surrounds them.

This is why the chef has decided to use broad beans as a base for her guacamoles, which they have called “Wahacamole ”, all in order to no longer use avocado. ” Not only is it completely vegan, but it’s made with the planet in mind,” she says in a post on her Instagram account.

“More and more consumers are seeing the planet on their plates,” said Sylvain Charlebois, director of the Dalhousie University Agri-Food Analysis Laboratory in Halifax.

Other chefs have replaced them with peas, artichokes, zucchini and even pistachios. The Irish Chef, JP McMahon completely removed the avocado from his menu since 2018 and referred to them as ” Mexican Blood Diamond”.

What do you think of this position? Do you support her? Let us know in the comments!