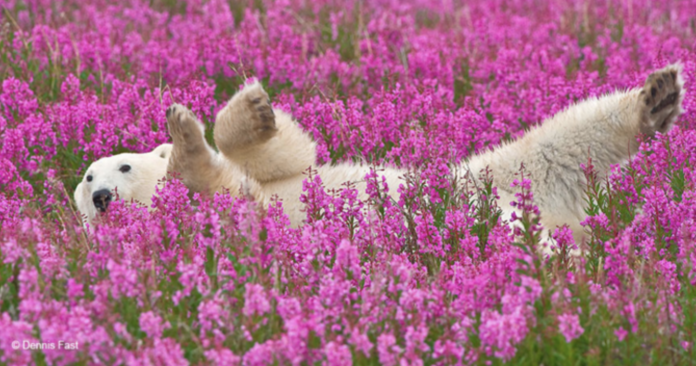 Wildlife photography is capturing some of the most amazing creations of Mother Nature.

This wildlife photographer has captured some polar bears playing in some gorgeous flower fields, and they will surely make your day.

They are also native to Canada!

We all know the weather conditions that Canada has…

It’s blooming with beautiful greenery and flowers when it’s not covered in thick snow.

He was recently in Northern Canada’s Hudson Bay, near the lodges run by Churchill Wild in Manitoba, and he captured some polar bears too.

Dennis has always had a fascination with polar bears…

He said to My Modern Met, “They have a slow, ambling gait as they drift about looking for anything that moves. It looks like they don’t have a care in the world, and that there is nothing they are afraid of. It’s not arrogance, exactly, but a quiet confidence that we often respect in humans and that translates well to the polar bear.”