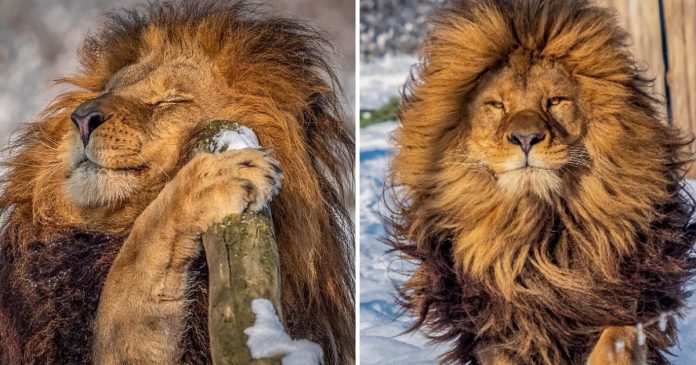 In the Na Hrádečku zoo, located in the Czech Republic, there is a lion that has stolen many sighs from zoo visitors, because in true Alex style, the Lion of Madagascar, seems to model all the time.

And this is thanks to his great size and particular hair, which waves beautifully in the wind, as if it were cut on purpose to make him a catwalk model. Tom is a 5-year-old lion with disheveled locks who is already used to people.

According to Grim’s words, this lion looked like he had just left his appointment with a stylist because, even though he did what he always does and prepared himself to receive few ‘good’ photos of the feline, it would seem that the lion was modeling him. Whenever I pressed the shutter, the image looked worthy of a magazine cover.