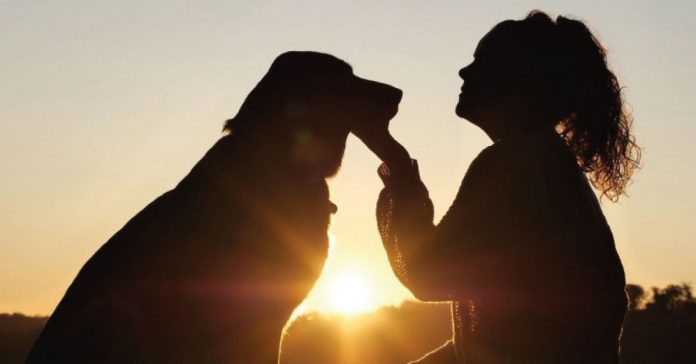 When you get home do you start talking to your pet? Don’t worry, science verifies that you have a great quality.

The reason why we choose to have pets can be very varied. There are those who find the little animal on the street and decide to rescue it, others who are looking for someone to take care of the house or even simply because they need company. Although the way in which they come to a family may be different in each case, it is safe to say that without a doubt our pets will form such a strong bond that they can become a child.

For this reason, it is normal to find people who talk to their animals as if they did with any other who lived in the same house. They tell them things, explain them, and even ask their opinion. Although it is a rather cute habit, there are those who believe that it is an indication of madness.

However, a recent study set out to find out more about this attitude and found that, far from showing signs of dementia, those who talk to their pets possess truly exceptional ability.

This is anthropomorphism, a tendency to associate the real or imagined behavior of non-human beings with human-like characteristics.

According to experts, there are those who tend to anthropomorphize the things we love or with which we have a strong bond. Psychology confirms that the more we like something or someone, or if we spend a lot of time with him, the more likely it is to generate closeness and liking. This not only happens with humans, but also with animals.

This is usually more common and accepted in the childhood stage, since children tend to name and talk to their toys. This is mainly related to the fact that these actions are surrounded by a game environment, where the child shows his desire for company or to build an identity.

After puberty, those who continue to talk to their stuffed animals or name appliances are considered immature. Although this is not necessarily true.

There is no difference between talking to inanimate objects and talking to our pets. Nicholas Epley , one of the scientists behind studies related to anthropomorphism, analyzed a survey carried out by the radio program “Car Talk”, where it was observed that a large number of people spoke to their cars, and reported that said objects they seemed to have a mind, beliefs, desires, and even their own personalities.

“Recognizing the mind of another human being involves the same psychological processes as recognizing a mind in other animals, a god, or even a contraption. It’s a reflection of our increased brain capacity rather than a sign of our stupidity,” Epley explained.

Thus, anthropomorphism is associated with superior intelligence which, in turn, is directly related to social intelligence, that is, the ability to relate to others with empathy, honesty, and correctness.