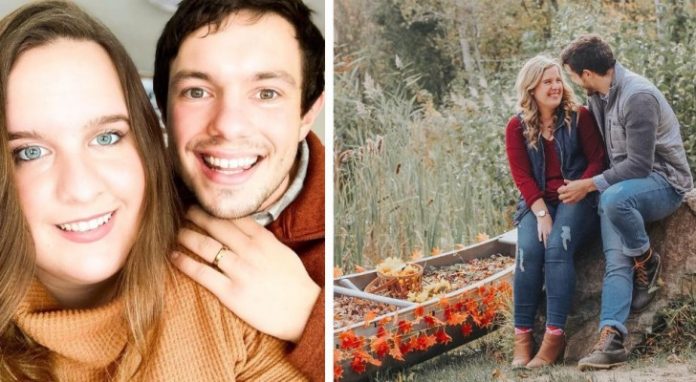 A widely held belief is that beautiful people only date people of equal beauty, just as athletic people should date equally active and sculpted people. However, we have known since the dawn of time that love goes beyond appearances and that it is often the most unlikely person who manages to pierce our hearts and win us over: how many couples who might seem mismatched have on the contrary builds a healthy and lasting marriage? And how many seemed perfect for each other in theory, but only lasted a few months?

The story of this young couple offers us another demonstration of how love knows how to look beyond, while some are only making judgments that are often unwelcome and unsolicited.

Regina Miyares, 28, and her husband Josh, 24, live in Boston, Massachusetts, and often have to deal with judgment from people who think her husband is too handsome compared to his wife. The two tied the knot in 2019 and have since begun documenting their marriage and quest for pregnancy on social media, which has even earned them some unwelcome comments from users. “I’ve had people say to me, ‘Oh wow, I’m surprised you two are together because Josh is so active and well-made,” commented Gina, who was able to respond to mockery from those who think her relationship is fake and found support from several people close to her, including the principal of her school who commented saying “they don’t know what it is

Gina and Josh met as colleagues in 2017 and, after a period of friendship, started dating in 2018. Their love blossomed naturally and the two are happily married.

Josh is very angry at the superficiality shown by users. “It’s painful to see people say these things about my beautiful wife,” he said, explaining that it bothers him that someone is making gratuitous negative comments about Regina’s appearance. Nothing, however, seems able to taint their love: the two young people declare themselves very much in love and happy together.

Sometimes we should learn to look at the world around us with more loving eyes and leave judgment aside, don’t you agree?