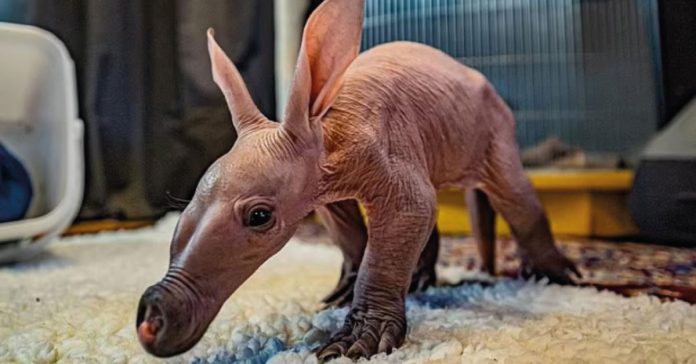 This little anteater was born almost by a miracle, zoo staff still do not know the sex of the baby.

A few days ago, the team at Chester Zoo, in the United Kingdom, was able to witness the birth of the first anteater inside its facilities in more than 90 years. With particular ears and his characteristic lack of hair, they did not hesitate to name him after a character from the Harry Potter saga: Dobby .

“This is a momentous milestone for us and a real cause for celebration. We are very happy,” said Dave White, manager of the center, in an interview with the BBC.

Anteaters have interested wildlife researchers as they are known to be careless with their young. That is why the zoo specialists keep an eye on this calf, feeding and grooming it while the parents are in their habitat.

Zoo staff have taken photos of the mother, Oni, and her little ‘ Dobby ‘ snuggled up in their burrow, according to their testimonials ” they are both doing very well together “.

We have something very, VERY special to announce – the FIRST ever baby aardvark to be born at the zoo 🥰🤩

This species is known for being intelligent nocturnal animals that use their long noses to detect termites and ants, once they locate them they use their long tongues to eat them with their sticky saliva.

In the whole world there are only 109 anteaters kept in zoos, in Europe there are 66 of these specimens.