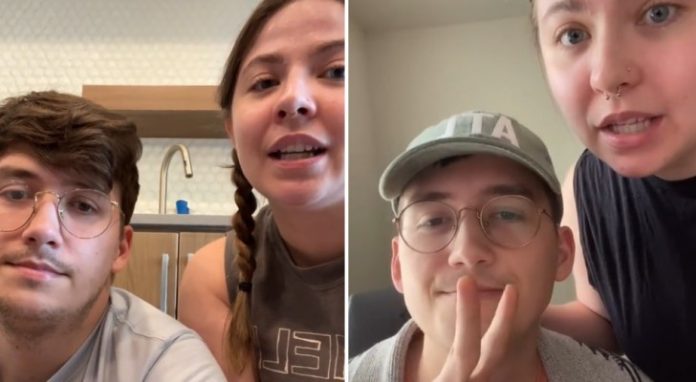 Is being different within a couple an obstacle or a positive factor? Do the differences favor complementarity or, on the contrary, do they compromise harmony? Probably, as with everything, there are pros and cons, the important thing is to be able to focus on the former and work on the latter, if the feelings are true, strong and sincere. A young woman explained, via her TikTok channel, the different things that set them apart, her and her boyfriend, within the common life, specifying their respective origins, which are different: he comes from a rich family, while that she comes from a very modest family.

Michaela and her partner Alex are a strong and happy couple, but when they decided to start living together, they saw obvious differences between them. It’s not about differences in character and opinion, but about habits, food needs and ways of managing the household: although he comes from a wealthy family, she has always had to adapt, not can count on a favorable economic situation . The two spoke on TikTok about the differences that have arisen between them, obviously in a completely ironic and amusing way: these, indeed, have not affected their love in the least. What are they ?

Alex revealed that his partner keeps everything from restaurants where they order takeout, resulting in a drawer full of coupons, bags, and more. However, he recognizes that this system can be useful and practical in certain cases. Then there is the shopping chapter: Alex used to fill his shopping cart exclusively with branded products. “I had to teach her that other brands are just as good, with a few exceptions,” Michaela said. Savings and quality sometimes go hand in hand! Also, she never throws anything away and recycles everything she can, which Alex is not at all used to.

Also, the valuables they own, such as laptops, mobile phones, and cars, in Michaela’s case, were bought with her own savings, while Alex didn’t have to toil. to get them. And what about pets? The young man had only poodle breed dogs, while Michaela’s childhood was accompanied by an adopted mongrel in the pound. So they found a compromise by choosing a pit bull crossed with a mongrel at the Atlanta County shelter.

Michaela also tends to keep all receipts for purchases made, in case there are any issues or faults and a return becomes necessary. Alex, on the other hand, does not have this problem: he simply buys another one. The young woman also has a sense of economy, which her companion lacks: “Every time I leave a room and leave the light on, it turns it off. Even if I return to this room a minute later .”

Let’s move on to food: Alex, once satisfied, stops eating, while his girlfriend does not leave leftovers on her plate, aware that it would be a waste and concerned with the teaching “we do not leave the table until that his plate is not empty”. Finally, cleaning: while Michaela has always had the habit of cleaning her house herself, learning to do it very well, Alex has always hired a cleaning company to keep her apartment tidy.

Despite everything, the couple is very close and has managed to erase their differences to become a real team. Who says two different partners can’t be great together?