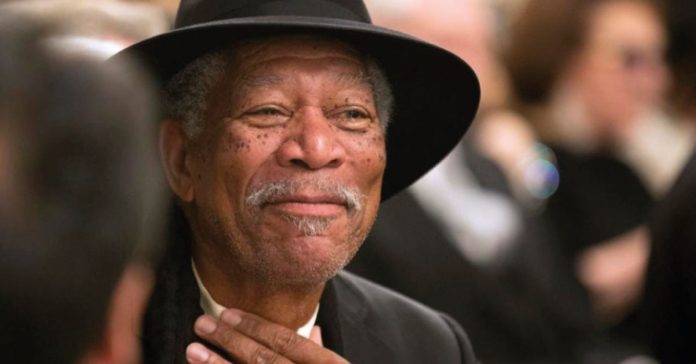 With the goal of helping the environment, Morgan Freeman turned his ranch into a place to keep bees.

The renowned actor, film director and philanthropist Morgan Freeman has achieved a new title, that of beekeeper. The celebrity decided to turn his 124-acre Mississippi ranch into a sanctuary to protect bees and for years it has become a way of life for him.

However, beekeeping is not something new for Freeman, since he started with this hobby since 2014. On July 25 of that year, the actor spoke about it with Jimmy Fallon during The Tonight Show. Freeman had only been a beekeeper for a few weeks before coming to the program. During his section, he shared his experiences with bees and the need to preserve and save wild bees to save the environment.

“I have never worn the beekeeper hat on my bees. They haven’t stung me yet, since right now I’m not trying to harvest honey or anything, but I’m just feeding them… I also think they understand,” he commented.

In the interview, Freeman spoke of his motivation to start beekeeping: “There is a concerted effort to bring bees back to the planet… We don’t realize that they are the basis, I think, for the growth of the planet, the vegetation ”.

Morgan Freeman imported 26 bee hives from Arkansas to his Mississippi ranch. In the place, the actor is in charge of feeding them with sugar and water, as well as helping to plant magnolia, lavender, clover trees, etc.

“There is a concerted effort to bring bees back onto the plane,” Freeman continued. “We don’t realize that they are the basis, I think, for the growth of the planet, the vegetation… I have many things with flowers, and I have a gardener too. Since she also looks after the bees, all she does is think, ‘Okay, what would you like to have?’ So we have acres and acres of clovers, and we have some things to plant like lavender, I have like, maybe 140 magnolia trees, big flowers.”

But you will wonder why bees are important?

Bees are essential to the pollination process and they pollinate more than 20 billion crops around the world. However, despite the fact that they are a vital part of their survival, bee colonies are treated as merchandise. Experts point out that two-thirds of the nation’s bees are transported across the United States each year to pollinate crops and produce honey.

Native bees are also critical in pollinating crops, but their populations are declining. This is most likely due to exposure to pesticides and reduced food sources as land is converted to farmland for corn (the main feed grain for livestock) and soybeans or development commercial and residential -although it is not yet known with certainty-

Like the Freeman sanctuary, planting flowering plants that bees love is a good way to help the insects thrive.