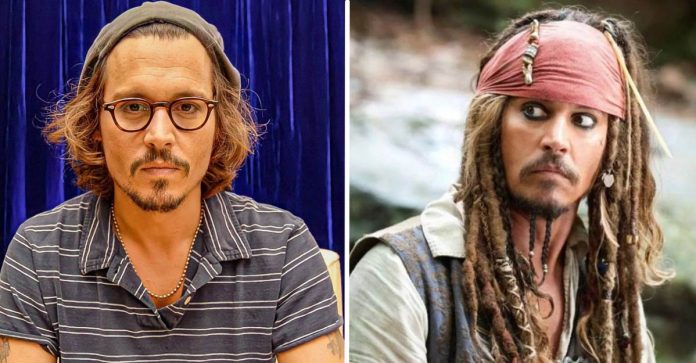 Fans want more than 1 million signatures, a number they hope will be enough to get Disney’s attention.

Johnny Deep is an actor with a great professional career, full of iconic characters that have stayed in the hearts of viewers. But Deep has been affected by his legal battle against Amber Heard.

The actor is paying dearly, and his actions have seen him lose out on roles like Gellert Grindewald in “Fantastic Beasts and Where to Find Them” and Jack Sparrow in “Pirates of the Caribbean.” Still his fans do not abandon him, and some of them even want to prove his innocence.

A group of fans of the actor has been dedicated in a more organized way to make a petition through Change.org. Where they clarify that they want to recover Deep in his emblematic role as Captain Jack Sparrow.

The famous saga of films about pirates, supernatural encounters and sea myths has lost a lot of popularity with the public and its sequels have not had the expected success. The presence of the charismatic captain always got good numbers, but after Disney announced the departure of the actor, many lost interest.

On the other hand, the study intends to give it a new start together with Margot Robbie. But the fans do not give up.

The petition launched just over 3 years ago seeks that the mouse company reconsider the return of Johnny Depp to the movies with his role as Jack Sparrow.

With the support of the actor’s loyal fans, the petition easily surpassed its initial mark of 300,000 signatures. Today it is above 700 thousand, with its creators aiming to exceed one million signatures in a couple more weeks.

“Don’t they know that without Johnny Depp or Jack Sparrow they will sink, they will never reach that horizon?

Even if it means nothing to you, but please sign this petition for those who REALLY want Johnny Depp as their Black Pearl Captain!

They have to bring him back to rule the seas again, UNLESS it’s the actor’s own choice to back out of the role.” can be read in the petition.

If you are interested in signing to give your grain of sand, we leave you the link of the petition.